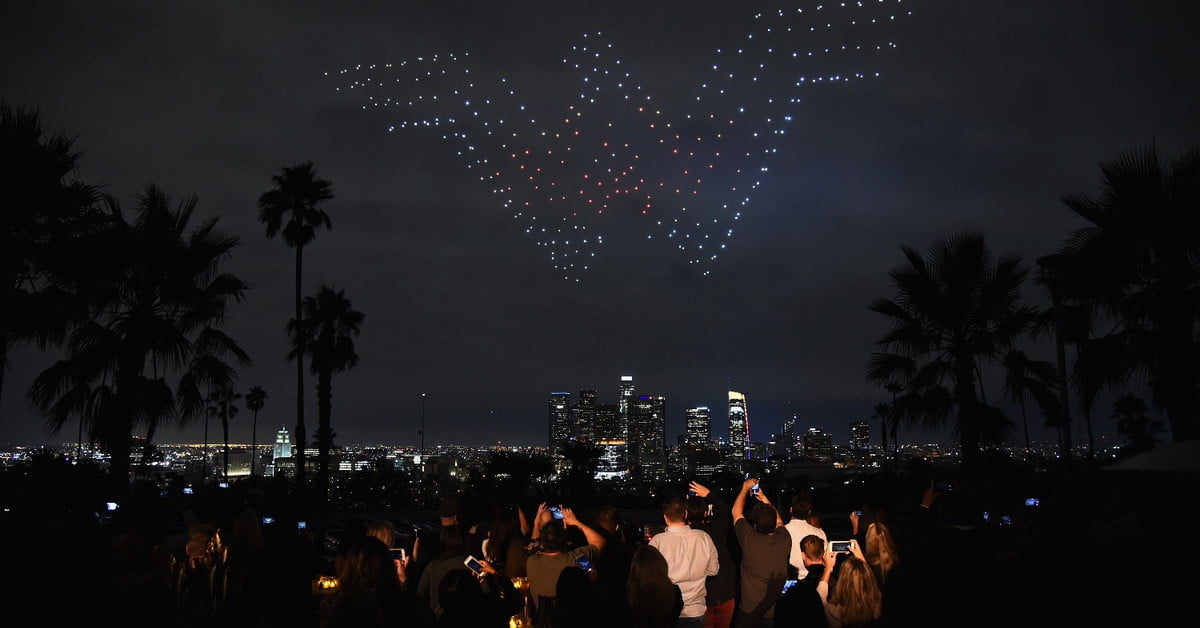 Wonder Woman is great. Drones are great. Put them together and you have a glimpse at the future of entertainment.

You only have to look at the fact that Wonder Woman ditched the grim-and-gritty DC Extended Universe and made a DC movie that was *gasp* good fun for evidence that everyone’s favorite Amazonian princess does things differently. Apparently, the same thing goes for its home release promotion as well, since instead of celebrating the recent movie’s success at an event last week with something conventional like a fireworks display, the powers-that-be decided instead to stage an epic drone light show.

Created using Intel Shooting Star drones, aka the first drones designed specifically for the entertainment light shows, the display involved 300 drones taking to the sky over Dodger Stadium in Los Angeles to throw up a variety of images. These included spelling out various words related to the movie, forming the DC and Wonder Woman logo, and even creating the shimmering outline of Diana of Themyscira herself. The drones used for the display weigh just 330 grams, are made of foam and plastic, and are capable of emitting more than 4 billion color combinations using their embedded LED lights.

“Drone light shows are a new form of nighttime entertainment,” Natalie Cheung, general manager of Drone Light Shows at Intel, told Digital Trends. “They are like digital fireworks — where you have controlled flying lights synchronized to music and forming shapes, words, and animations in the sky. This is a completely new form of storytelling. Intel is at the forefront of this innovation. What makes this so exciting is that the entire fleet of 300 drones are all controlled by one pilot. Intel is behind all the hardware, software and animation to make this possible.”

Right now, the technology is still fairly new. Long-term, however, Cheung believes drone light shows could conceivably take over from fireworks. “What’s beneficial about these drone light shows is that the drones are reusable and smoke-free,” she said. “We can also control with more precision than fireworks what we create in the sky, so you have a higher resolution show, and even a 3D volumetric show that fireworks today can’t produce. Another advantage is that fireworks are illegal in some countries, and I see this as a potential opportunity to showcase Intel drone light shows.”