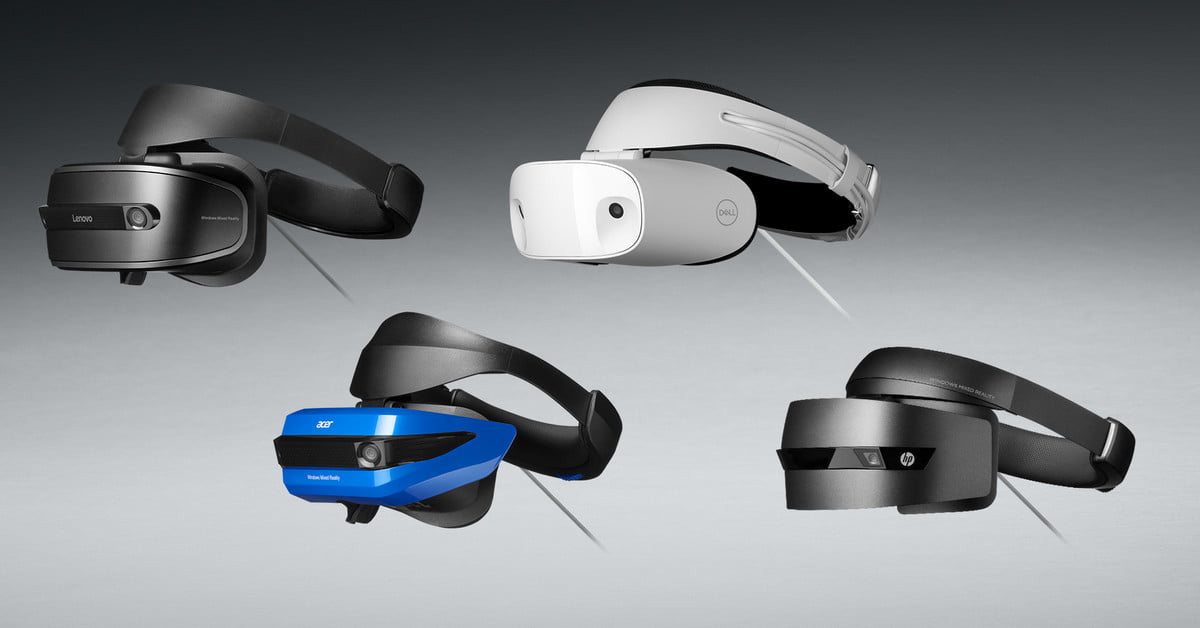 Microsoft’s Windows Mixed Reality vision will be realized soon and here is everything that you need to know to be ready to place your order.

Microsoft’s Windows Mixed Reality vision is nearing its debut on October 17 as the final software bits will be released with the upcoming Windows 10 Fall Creators Update and a few headsets will start shipping. On Tuesday, October 3, the company hosted an event where it provided some additional details, introduced a new Samsung headset, and talked about some key software partnerships.

At the event, Microsoft clarified its Windows Mixed Reality vision, highlighting how it is working to move beyond paper and screens to erase the barrier that exists between the physical and digital worlds. Their approach to mixed reality will continue along very specific lines:

The Samsung Odyssey mixed reality headset was announced, adding another member to the list of Microsoft partners making headsets for the Windows Mixed Reality marketplace. The Odyssey will provide the same relatively standardized set of specifications and capabilities as the lineup of headsets that’s already been announced, although information has leaked indicating that Samsung will be including motion controllers and pricing the Odyssey slightly higher than usual at $500.

“When we began designing and engineering the Samsung HMD Odyssey with Microsoft, there was only one goal in mind, create a high-performing headset that’s easy to set up and can transport people to the incredible world of virtual reality. Powered with dual AMOLED displays which Samsung is known for, that results in vivid colors and the highest resolution in the industry, built-in spatial AKG headphones, inside-out tracking, built-in microphone, and quick, responsive motion controllers, the Samsung HMD Odyssey immerses users with a 110-degree field of view as they discover the new frontier of Windows Mixed Reality.

Samsung is committed to working across platforms to build cutting-edge technology, and we’re excited to partner with Microsoft to shape the future of virtual reality. But most of all, we can’t wait for you to take the Samsung HMD Odyssey out for a spin, and see it for yourself.”

If you’ve been champing at the bit to get your hands on a new Windows Mixed Reality headset, then Microsoft wants you to know that each model available for purchase this holiday season can now be pre-ordered. Here’s the list of products that will soon be available for order at the Microsoft Store:

Next up is news that the team at AltspaceVR is joining Microsoft, bringing immersive communications to the Microsoft stable. AltspaceVR has been a pioneer in that particular technology, enabling VR events in 160 countries including large-scale events hosted by NBC, Drew Carey, and more.

Microsoft announced that more than 20,000 apps leveraging Windows Mixed Reality will be available in the Microsoft Store as of October 17. That includes a host of some of the most popular VR titles, such as Obduction, Dreams of Dali, Space Pirate Trainer, Superhot, Arizona Sunshine, Luna, Skyworld, Move, Free the Night, Minecraft, Fantastic Contraption.

In addition, developers can now access the Windows Mixed Reality SteamVR preview, to get an advanced feel for how the two VR platforms will integrate. Consumers will get access to the preview this coming holiday season.

Finally, Microsoft will provide the first look on October 17 at the coming Halo-based Windows Mixed Reality experience. That follows on from the Halo: Recruit introduction that was shown off during Tueday’s event.