Western Digital’s USB-C storage stick may be tiny, but it’s capacity is huge 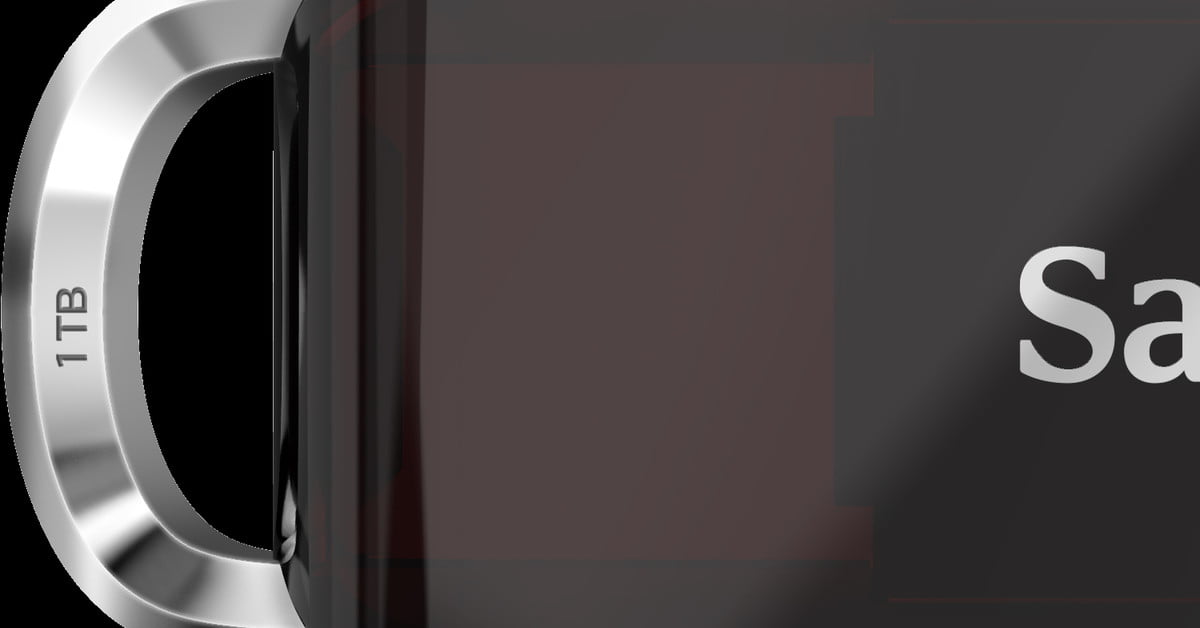 Western Digital introduced new SanDisk-branded products during the 2018 Consumer Electronics Show, including the world’s smallest USB-C external storage stick, which has a not-so-small capacity of 1TB. Western Digital said the device was just a prototype, so the company couldn’t commit to a release date or price. But given that Dell’s just-revealed Thunderbolt 3-based storage stick with a 1TB capacity will set you back $799, this tiny USB-C drive could cost a pretty penny, too.

The benefits of the SanDisk prototype are twofold. The drive will be compatible with mobile devices, laptops, and desktops that are now adopting USB-C connectivity. The capacity is also incredibly huge for the drive’s physical size, eliminating the need to carry a wallet-size external drive in your pocket. Unfortunately, we don’t know the read and write speeds of this device. although the USB-C port supports up to 5Gbps transfer speeds.

The prototype’s eventual retail pricing will likely depend on the type of flash technology used in the stick. There are plenty of external SSDs sold on the market with 1TB of storage for around $350, such as the Samsung T5 Portable SSD with read and write speeds of up to 540MB/s. It measures 2.3 x 0.4 x 3.0 inches, which isn’t exactly monstrous in your pocket, but nowhere near as slim as the SanDisk prototype.

The upcoming stick-shaped Dell Portable Thunderbolt SSD relies on the same storage technology used in its desktops and laptops, and promises up to 2,650MB/s read and write rates. But it’s also backed by Thunderbolt 3 connectivity, supporting data transfer speeds of up to 40Gbps, or 5,000MB/s. That means it has access to a PC’s internal fast lanes to provide internal-like speeds in an external device.

That said, there’s a good chance SanDisk’s 1TB USB-C stick could cost somewhere between the larger $350 units, and Dell’s Thunderbolt 3-based stick. Given SanDisk is Western Digital’s mainstream-focused arm, the company will likely shoot for a mainstream-friendly price that won’t break the bank. But it’s still just a prototype, after all, and may never even see a store shelf despite the hype.

SanDisk already serves up several storage drives supporting USB-C connectivity, such as the Ultra USB Type-C Flash Drive with four capacities ranging from 16GB to 128GB. It supports USB 3.1 Gen1, meaning the connection is theoretically capable of transfer speeds of up to five gigabits per second (Gbps), which translates to 625 megabytes per second (625MB/s). The drives have a read speed of up to 150MB/s (130MB/s on the 16GB model) despite the USB-C connectivity, and a starting price of just $10.

Another SanDisk-branded USB-C storage solution is the Ultra Dual Drive USB Type-C, with five capacities ranging from 16GB to 256GB. The write speeds are identical to the Ultra USB Type-C Flash Drive collection, only this family of storage sticks includes an additional USB-A connector (3.1 Gen1) mounted at the other end. This group is rather inexpensive as well, with a starting price of a mere $17.