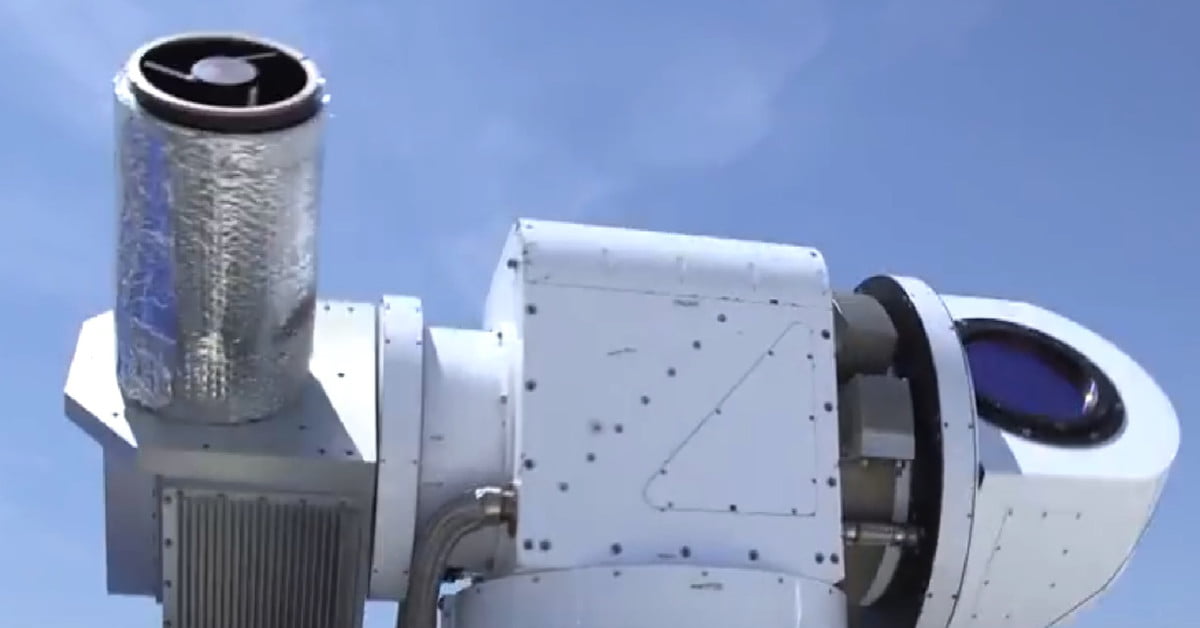 The ATHENA laser may one day help protect soldiers in combat from threats including swarms of drones.

Nothing quite says “you’re living in the future” like the knowledge that defense giant Lockheed Martin has developed a giant laser blaster and is demonstrating its awesome power by using it to blow autonomous drones out of the sky. That’s exactly what Lockheed did in a recent showcase with the U.S. Army Space and Missile Defense Command. Its prototype laser weapon system ATHENA (Advanced Test High Energy Asset) was used to fry the heck out of five Outlaw drones.

“The tests at [White Sands Missile Range in New Mexico] against aerial targets validated our lethality models and replicated the results we’ve seen against static targets at our own test range,” said Keoki Jackson, Lockheed Martin’s chief technology officer, in a statement. “As we mature the technology behind laser weapon systems, we’re making the entire system more effective and moving closer to a laser weapon that will provide greater protection to our warfighters by taking on more sophisticated threats from a longer range.”

The ATHENA weapon is currently powered by a compact Rolls-Royce turbo generator. As we’ve noted before, what makes the weapon special (apart from being a freaking ground-mounted laser that haunts the dreams of drones everywhere) is the fact that it boasts a smart modular design that allows its operators to vary the amount of power it wields by adding or taking away laser modules. The base model is capable of shooting a 60 kW beam, which could be upped to 120 kW if required.

As to why it’s being used in demonstrations to shoot unmanned aerial vehicles, the explanation is in the fact that, once deployed, the ATHENA laser may one day help protect soldiers in combat from threats that could possibly include swarms of drones. One big advantage of lasers like ATHENA is that they offer greater speed, flexibility, precision, and lower cost per engagement when compared to alternative weapons.