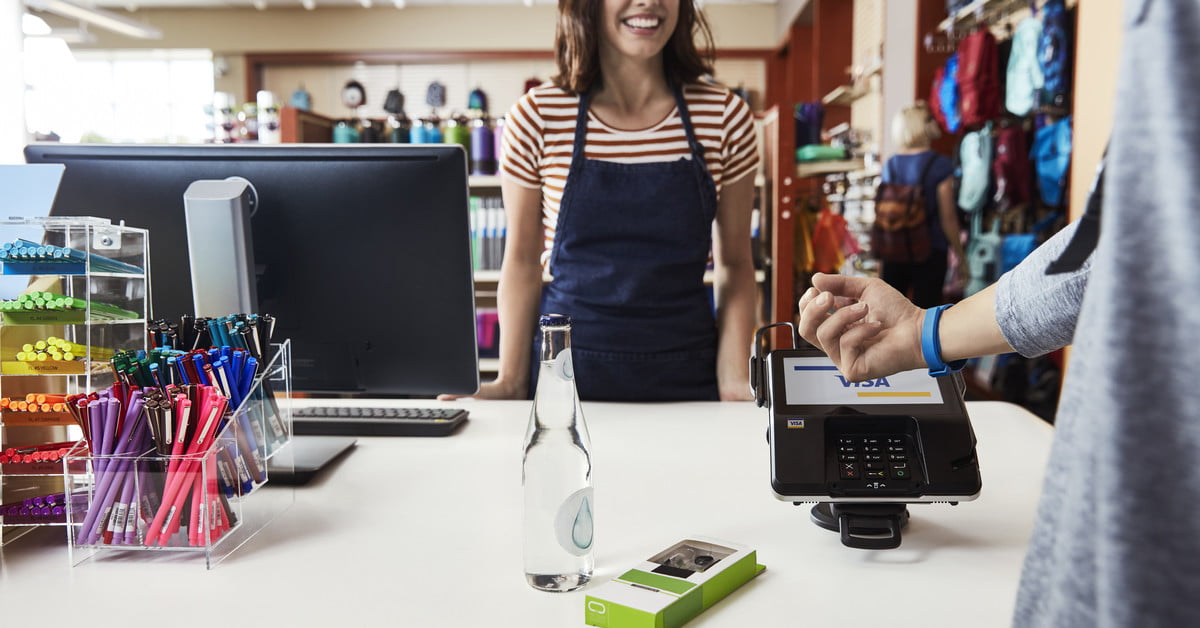 The only thing you feel these days when you swipe your credit card might be a bit of trepidation about how shocking your bill may be at the end of the month. And the only thing you may hear is the clink-clink of coins as they empty out of your coffers. But now, you may be able to have a different sensory experience when you spend your hard-earned dollars. Visa is introducing a new suite of sensory branding that hopes to make the act of swiping that plastic even more exciting than it may already be. Because who doesn’t like a bit of instant gratification?

Debuting as part of the credit card company’s global advertising campaign celebrating the Olympic Winter Games, these new sound, animation, and haptic cues will let customers know when they’ve completed a transaction. Because sometimes, an alert from your bank or a shopping bag just isn’t enough.

Oddly enough, it seems like sensory feedback on a transaction is something customers actually want. According to consumer research conducted across eight countries, 81 percent of respondents said they would have “a more positive perception of merchants who used either sound or animation cues.” Apparently, haptic technology is advertising can incite feelings of happiness and excitement in consumers.

Ultimately, however, the rather gimmicky new cues are meant to make folks feel better about spending money — especially using Visa. The company also noted that 83 percent of survey respondents claimed “sound or animation cues positively impacted their perception of the Visa brand,” though it’s unclear as to why that may be the case. That said, if swiping a credit card were the same as poking the belly of a Tickle Me Elmo, we would be more inclined to swipe more frequently.

This isn’t the only innovation Visa is bringing about in anticipation of the Winter Olympics. The company has also debuted a number of wearable payment devices, including a pair of gloves, a few Olympic-branded stickers, and commemorative Olympic pins.

Visa’s sensory branding will be made available as a software development kit (SDK) on the Visa Developer Program and by way of the Visa Ready program for more robust integrations in 2018.