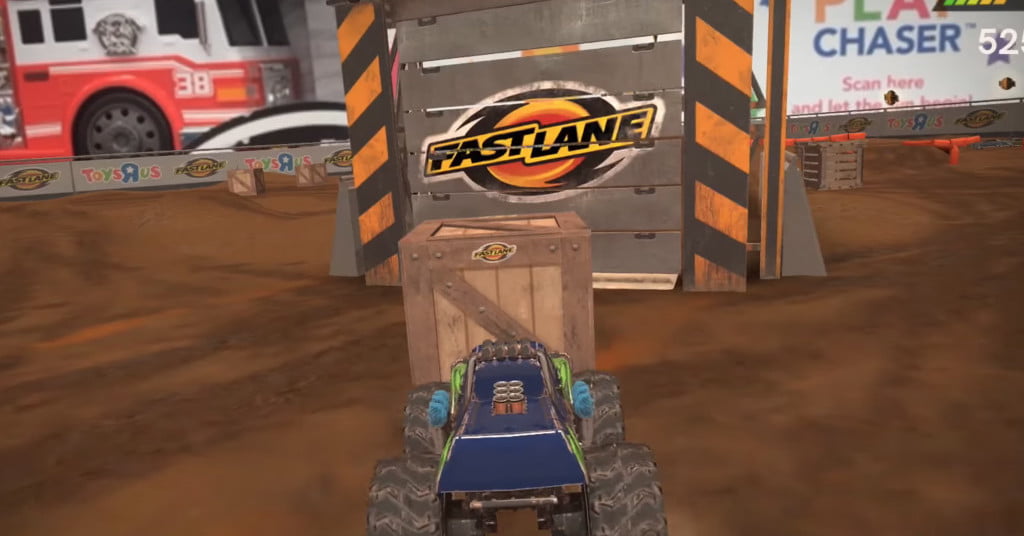 If you’re heading to Toys R Us anytime soon, be prepared to dodge hordes of excited kids engrossed in a new AR game.

Clearly aware of how Pokémon Go took the mobile gaming world by storm in 2016, embattled retailer Toys R Us is turning to the same augmented reality (AR) technology in a bid to save its business.

The company filed for bankruptcy protection in September and needs to deal with long-term debt of around $5 billion. That means getting lots of people back into its 1,600 or so stores, so executives are hoping a new AR game called Play Chaser — designed especially for use in Toys R Us stores — can play a part.

Developed in partnership with robotics and AI firm PlayFusion, the new mobile game lets players activate a variety of AR games and play experiences as they move around the store. They can do this simply by scanning the many different Play Chaser signs attached to Toys R Us shelves.

It certainly sounds like an interesting idea, albeit one coming a little late in the day. If the game catches on, the company will be desperate to see gamers’ visits convert into sales, while constant updates or new AR games will be necessary to keep the experience fresh and exciting to ensure ongoing engagement (in other words, more store visits).

Play Chaser, available on both iOS and Android, features a virtual Geoffrey the Giraffe welcoming kids to the store. Geoffrey also explains how the app works before sending them on a quest inside the store.

There’s also a virtual basketball hoop that kids can shoot at solo or alongside friends in-store, and a baby nursery where they can select a unique, digital You & Me doll, take it home and care for it, Toys R Us PR manager Nicola Hayes explained on the company’s website.

To add a competitive edge to the proceedings, some games also include leaderboards so kids can see how they rank against not only other players in the same store, but also against players in Toys R Us locations across the country.

Play Chaser went live in 23 Toys R Us stores in the U.S. on Monday, and will land at all locations nationwide on October 21. Parents of littluns, be prepared to have your arms tugged. Or just don’t tell them about Play Chaser if you prefer to do your toy shopping online.