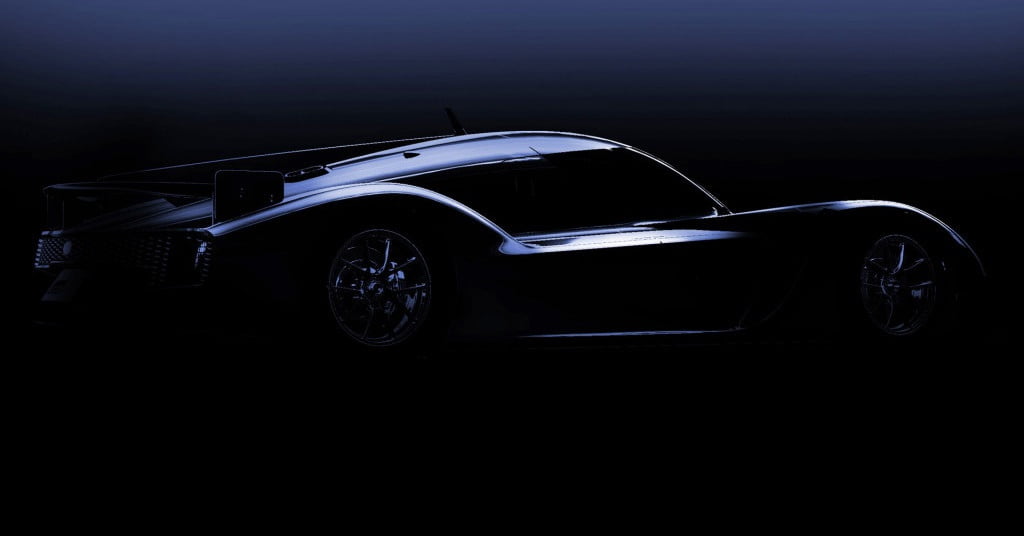 In the middle of January, all eyes are on the annual Detroit Auto Show. In Japan, the big car-related event is called Tokyo Auto Salon. Toyota will be present at both events. We’ll see the next-generation Avalon in Detroit, and a brand-new concept named GR Super Sport in Tokyo.

The GR Super Sport draws inspiration from the TS050, the ultra-advanced prototype Toyota races in the World Endurance Championship (WEC). The dark teaser image released by the Japanese firm shows a low-slung coupe with pronounced front fenders, a wrap-around windshield that rests on rakish A-pillars, and a sloping roof line with a long fin. The back end wears a massive spoiler that stretches the entire width of the car, though it looks smaller than the one that provides the TS050 with downforce as it blasts down the Mulsanne Straight during the 24 Hours of Le Mans.

Toyota explains it built the GR Super Sport concept to demonstrate how technology born on the track seeps down into its production models. The initials GR stand for Gazoo Racing, the brand-new performance sub-brand the company launched a couple of months ago. Rumors claim the upcoming Supra — which might not resurrect the Supra name after all — will join the Gazoo Racing sub-brand when it finally makes its debut.

Mercedes-AMG showed one way to transfer technology from the track to the street with the Project One. Toyota could do the same with its next concept. Official technical details aren’t available yet, but Motor Authority speculates the GR Super Sport could use a toned-down version of the TS050’s gasoline-electric powertrain. It uses a twin-turbocharged 2.4-liter V6 engine and several electric motors to send up to 1,000 horsepower to all four wheels. A lithium-ion battery pack stores electricity.

Toyota will publish additional details about the GR Super Sport concept in the coming weeks. We’ll learn what the future holds for the model; it might be a simple design study but we’re hoping it will spawn a production model sooner or later. When the car makes its debut, we’ll also get more insight about the future of the company’s Le Mans effort and Toyota’s performance-oriented subdivision.