This futuristic ‘spinning drone’ may one day fight our battles 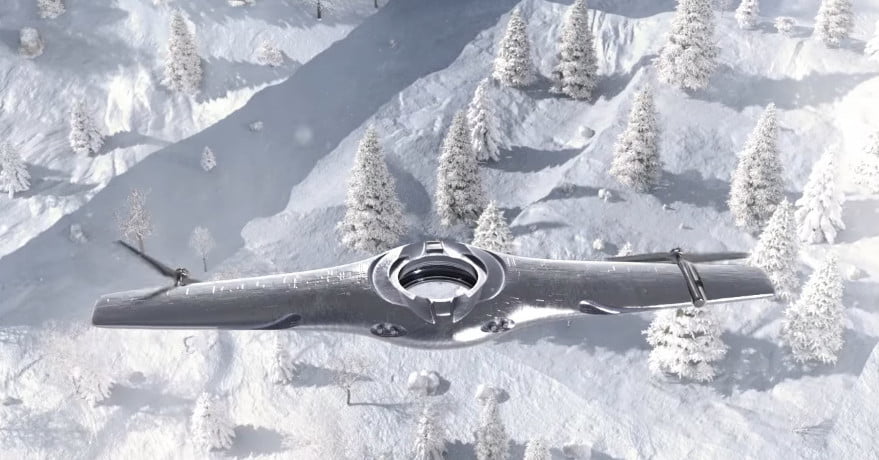 If it gets made, it’ll likely make a beeline for the battlefield, but we’d still like to try it for ourselves first.

While drone technology has certainly come a long way in recent years, tech firms are continuing to research and develop a range of designs for more efficient flight, take-off, and landing.

In the U.K., defense and aerospace specialist BAE Systems has been working with students at Cranfield University near London to design a futuristic unmanned aerial vehicle (UAV) that alternates between fixed-wing flight and rotary-wing flight.

While similar designs already exist, a flashy sci-fi-like video showing off how the drone might one day operate highlights a few differences with BAE Systems’ so-called “Adaptable UAV.”

For example, when in rotary-wing mode the drone can be launched and recovered via a special pole onto which the machine docks, made possible by the large hole in the middle of its main body. Watch how the entire aircraft spins rapidly as it comes in to land.

“The pole constrains the lateral or sideways movement of the UAV when being launched or recovered so strong winds cannot dislodge them, and avoids any damage to personnel nearby,” BAE Systems explains in a report.

BAE says the design incorporates not only adaptive flight control, but also advanced navigation and guidance software. The fixed-wing element affords the autonomous flying machine greater speed and range, while the rotary-wing mode allows it to hover for a safe vertical take-off and landing.

If, as its creators envisage, the drone ever finds its way onto the battlefield, multiple machines could be sent out in one go, returning quickly to base once the mission is complete.

The company talks about how the UAVs could “better adapt to evolving future battlefield situations and, through working together in a swarm, tackle sophisticated air defenses, as well as operating in complex and cluttered urban environments.”

Commenting on the drone’s design, Professor Nick Colosimo, BAE Systems’ Futurist and Technologist, said, “The battlefield of the future will require novel solutions to meet emerging threats and to keep human operators safe wherever they may be.

Colosimo adds, “The Adaptable UAVs concept and related technologies are one of a number of concepts being explored through close collaboration between industry and students in academia.”

This isn’t the first time BAE has invested in drone technology research. Last year we heard about an extraordinary project focusing on the idea of “growing” drones from molecular building blocks in just a few days.