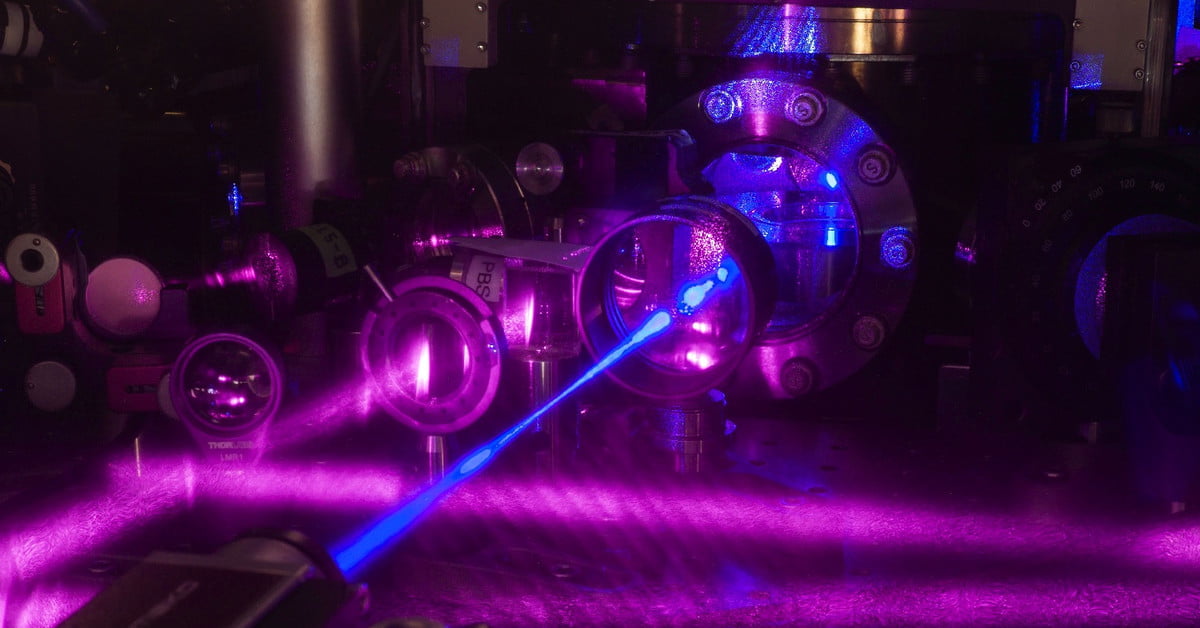 New atomic clock will help answer some fundamental questions about quantum physics. And maybe stop us being late for meetings, too!

Think your internet-connected smartwatch or expensive Rolex is the best way of keeping time? An international team of physicists want to challenge that assertion, courtesy of their new atomic clock — which is capable of measuring time down to a couple quadrillionths of a second.

Atomic clocks have been around since 1948, but the new design puts a fresh spin on the technology. It packs strontium atoms — used for carrying out the time measurement — into a tiny three-dimensional cube at 1,000 times the density of previous one-dimensional atomic clocks. Doing so allows the researchers to then use ultra-stable lasers to harness the behavior of so-called ‘quantum gas’ to create a practical measurement device. The result is, in essence, the most steady metronome ever built, with a tick rates six times more precise than the now hopelessly imprecise former record holder.

“Our measurement precision and accuracy should be limited only by the fundamental laws of nature, quantum mechanics,” physicist Jun Ye, from the National Institute of Standards and Technology, told Digital Trends. “Atoms involved in this generation of atomic clocks are prepared in fully controlled quantum mechanical states, including both internal and external degrees of freedom. The more atoms we use, the clearer the clock signal that enable a more precise measurement.”

The big difference between this and previous work in the area is the arrangement of the strontium atoms. Prior optical lattices were liable to lose rhythm because of the looser formation of the atoms. In the new clock, these atoms are kept much closer together in a tight grid-like structure, similar to how you might see egg cartons stacked up in a grocery store. This more rigid configuration means they can’t bump against one another.

So what is such an accurate clock going to be used for? “Explore the frontiers of measurement science and quantum physics, and see where they can lead us,” Ye said. “You can say that this is more on the fundamental research front, exploring our intellectual curiosity.”

Ultimately, he says, the goal is to solve unanswered conundrums, such as the exact connection between quantum physics and gravity, as well as aiding in the search for things like dark matter. “Along with the scientific quest, we [will also] continue to develop new technologies such as quantum-based sensors that can have a wide range of applications in society,” Ye continued. “A more precise and accurate atomic clock will be part of the foundation of physical units and standards that modern societies rely on. They will play important roles in advanced communications and future space missions.”

A paper describing the work was recently published in the journal Science.