The U.S. Army is developing battlefield drones that can be 3D printed on-demand 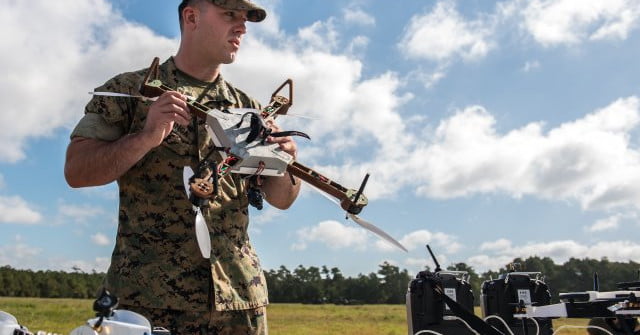 3D printers may be headed to the front lines of the battlefield, as the U.S. Army Research Laboratory just released a new documentary outlining a program that would let Army and Marine units order and print “aviation assets,” i.e. unmanned drones, in as little as a few hours.

The program has been in development with the Army for nearly two years, and now the Marines are on board as well. Known as On-Demand Small Unmanned Aircraft Systems, or UAS, the researchers envision an online catalogue, which the soldiers on the ground could access via a computer or tablet device. After evaluating and defining the parameters of the mission, the soldier could then select and print a drone for that specific purpose.

“We have interacted with Marines who have never touched an unmanned system before to Marines who are experts in unmanned aerial flight,” engineer Larry “LJ” R. Holmes Jr. said. “Across the board they all seemed to be very interested in the topic of being able to manufacture a tool that they can use that was mission specific and has a turnaround.”

The drone could be assembled and ready to fly in just a few hours, with a combination of 3D-printed materials and off-the-shelf electronics parts. “The solution is envisioned to be available at the battalion level and below, supporting the company, platoon, squad and individual soldier,” Army researcher Eric Spero said.

Using robots to wage war is certainly nothing new and, as Popular Science pointed out, the military already has thousands of drones and other unmanned vehicles at its disposal. The Raven drone, for example, is easy to use but can cost upwards of $250,000. A similar drone, printed and outfitted with commercially available components, may only run a few hundred dollars.

“A small inventory of inexpensive, off-the-shelf electronics enables a wide range of UAS capability,” Spero said. “When we mention that the on-demand version is flexible, potentially more available, and at a much lower cost — that’s when people get excited.”

In the documentary, engineer John Gerdes admits that the design team’s approach, which embraces the rapid pace of today’s technology, may have seemed unconventional to lifelong military officers. “We’re up against a lot of opposition from the, sort of, status quo,” he said. “In our case, it’s necessary to totally rethink that entire [acquisition] process.”

For soldiers in the near future, acquiring a drone to evaluate or counter the specific threats they’re facing may become as easy as ordering something from Amazon.