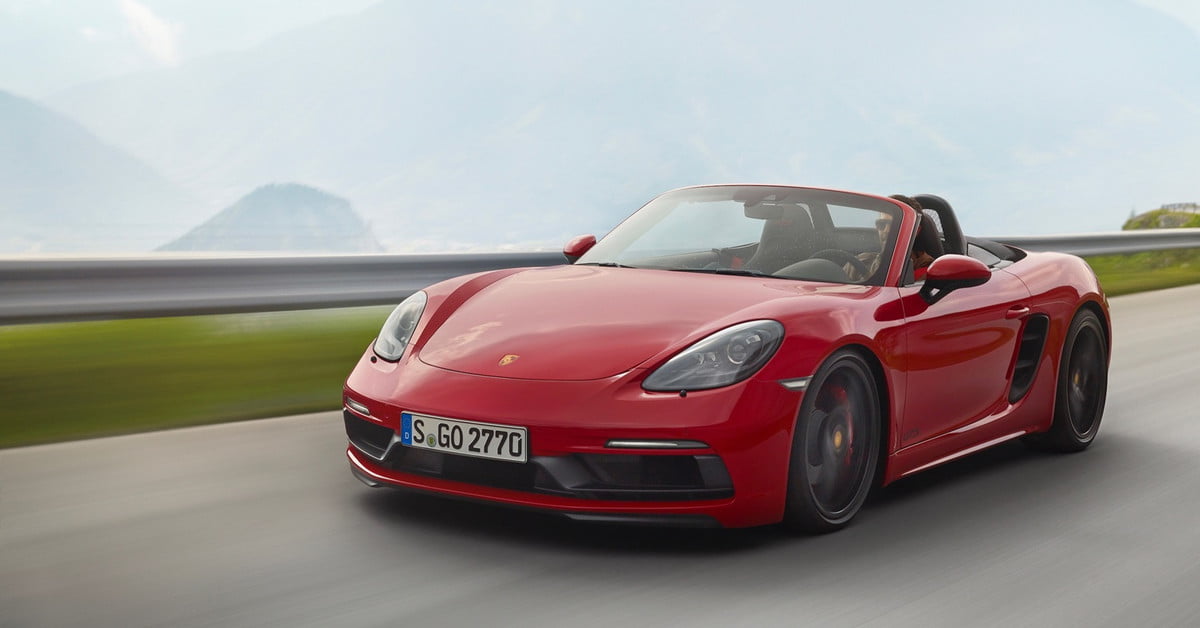 Many doubted Porsche when it announced a round of downsizing, but the company proves it still rules the roost.

The countdown to this year’s Los Angeles Auto Show has begun. Two of the stars of the event will be the Porsche 718 Boxster GTS and 718 Cayman GTS, new additions to the German brand’s portfolio of sports cars that devote their undivided attention to handling and performance.

Porsche updated the 718 where it counts: in the engine bay. The last GTS’ naturally aspirated flat-six doesn’t return, but the turbocharged 2.5-liter flat-four that powers S-badged models receives a redesigned intake and a tweaked turbocharger to provide 15 additional horses. Output now stands at 365 horsepower and 317 pound-feet of torque. The latter figure is available over a broad band that stretches from 1,900 all the way to 5,000 rpm.

Transmission options include a standard six-speed manual and an optional dual-clutch automatic controlled by shift paddles mounted behind the steering wheel. Rear-wheel drive is the only configuration available.

The flat-four’s extra power propels Porsche’s mid-engined GTS models from zero to 62 mph in 4.1 seconds, and on to a top speed of 180 mph. In comparison, the Cayman S performs the benchmark sprint in 4.6 seconds before running out of breath at 177 mph.

Torque vectoring and a technology called Porsche Active Suspension Management (PASM) help drivers explore what the GTS nameplate stands for on and off the track. Both cars are compatible with the Porsche Track Precision App (PTPA), which lets thrill seekers record driving data on the track and analyze it via a purpose-designed smartphone application.

For car spotters, the Cayman GTS stands out from the base and S trims with a model-specific front bumper, tinted lights on both ends, black emblems, black exhaust pipes, and 20-inch alloy wheels painted in – you guessed it – black. The Boxster GTS receives the same treatment. The visual tweaks bring both models in line with the 911 GTS.

An analog stopwatch embedded in the middle of the dashboard informs passengers the GTS comes standard with the enthusiast-friendly Sport Chrono Package. Porsche has also added a pair of sport seats and draped the interior in Alcantara upholstery. The material is found on the steering wheel, the center console, and the armrests.

The Porsche 718 Boxster GTS and 718 Cayman GTS will greet the public for the first time next month at the Los Angeles Auto Show. They’re expected to reach showrooms either late this year or early next year. Look for a pricing announcement in the coming weeks.