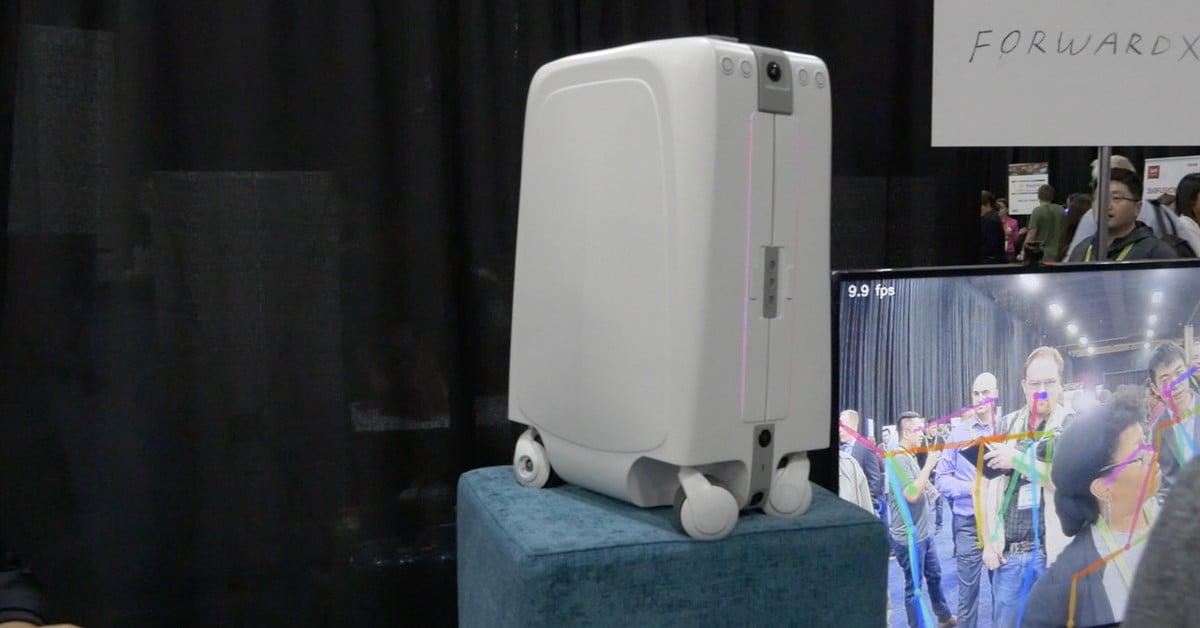 CES 2018 brought with it a deluge of smart appliances, larger-than-life screens, and a bevy of notable tech that will begin rolling out throughout the course of the year. (Suit)case in point? The recently unveiled ForwardX CX-1, an autonomous piece of luggage that’s designed to follow you around as you make your way from point A to B, and everywhere in between.

Now, four months after its Las Vegas debut, this autonomous suitcase has launched on Indiegogo, with early bird pricing beginning at $399. (As always, it’s best to familiarize yourself with the potential perils of crowdfunding before backing a product.)

And along with its crowdfunding campaign, ForwardX has also launched a new name for the suitcase. No longer is it the CX-1 — now, it’s the Ovis.

“[This is] the first time a suitcase has been implanted with a pair of eyes and brain,” said Nicolas Chee, CEO of FowardX Robotics. Noting that the Ovis represents a meeting between a wheeled gadget and computer vision, Chee says that the team has “empowered [Ovis] with the intelligence and cognition to tackle the complex problem of not just following, but predicting your path, while avoiding obstacles.”

Indeed, the Ovis has been branded as the “world’s first self-driving carry-on,” and features an array of advanced tech, including a 170-degree wide-angle lens and built-in facial recognition software, which allow the device to follow you at up to 7 miles per hour throughout the terminal. Other nifty features — namely those tailored toward obstacle avoidance — work in tandem with the suitcase’s tracking algorithm, while a smart wristband works to keep would-be thieves at bay. If the suitcase happens wanders out of range, the aforementioned bracelet will let you know.

The rest of the Ovis’ features are the usual — albeit, welcome — fare. The device, like some of our favorite pieces of smart luggage, comes equipped with a built-in mobile charger, which should allow you to quickly juice your device while on the go. The latter component is even removable, should the Transportation Security Administration have any quibbles, as it often does when it comes to lithium-ion batteries. American Airlines, Delta, and several other airlines have even gone so far as to ban unremoveable batteries in recent weeks, which makes the battery installed in the CX-1 even more desirable for frequent travelers and those who prefer a hassle-free experience.

“We’re excited to be making Ovis available to busy travelers searching for a hands-free and stylish travel companion that can makes traveling a breeze,” Chee said.

The suitcase will weigh in at just under 10 pounds, and is made of polypropylene and carbon fiber. It boasts the battery capacity for two round trips (though it’s not entirely clear where those trips are), and is handily waterproof with a rating of IP56.

Updated on May 29: The Ovis by ForwardX is now available on Indiegogo.