The entertainment industry already has big plans for self-driving cars 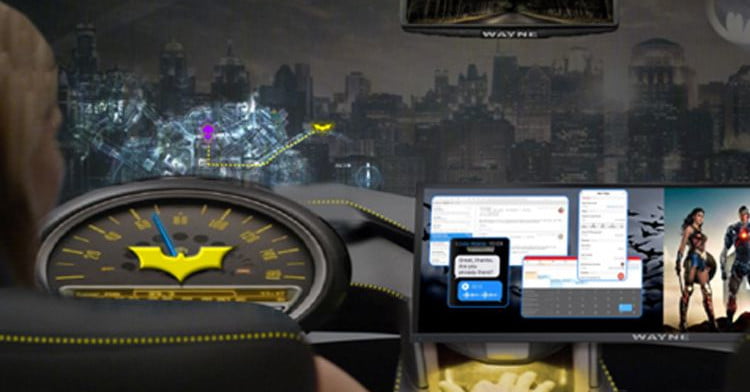 Just think about how relaxing your commute would be in a world of self-driving cars. You hop into your vehicle, tell the computer your destination, and settle in for a peaceful ride to work. Perhaps you can even take a nap, right?

Not if the entertainment industry has anything to say about it. You’re a captive audience the whole journey, so what better time to bombard you with even more “immersive entertainment experiences”? Companies have seen the future, and they’re already making plans to monetize it.

Intel and Warner Bros. recently announced a partnership to do just that. Referring to the autonomous vehicle (AV) as a new type of “consumer space,” Intel’s CEO writes that “the rise of the AV industry will create one of the greatest expansions of consumer time available for entertainment we’ve seen in a long time.”

With the average American spending more than 300 hours per year behind the wheel, entertainment execs hope that time can now be spent consuming content rather than driving. The Hollywood Reporter notes that some analysts predict that in-car streaming entertainment could result in as much as $200 billion per year in extra revenue. “Can the windshield be the movie screen of tomorrow?” asked Ted Schilowitz of Paramount Pictures.

Some of the possibilities involve in-cabin virtual reality (VR) or augmented reality (AR) experiences. “For example, a fan of the superhero Batman could enjoy riding in the Batmobile through the streets of Gotham City, while AR capabilities render the car a literal lens to the outside world, enabling passengers to view advertising and other discovery experiences,” writes Krzanich.

The broadcast industry’s next-gen standard is known as ATSC 3.0, and it combines internet capability, over-the-air signals, and Ultra HD 4K resolution. “Broadcasters are interested in conversations with automakers,” said spokesman Dave Arland. “ATSC 3.0 is a very big [content] pipe into the car.”

Although this technology is still a few years away, advertisers are already ahead of the curve. “We could deliver interactive, geolocated advertising based on nearby shops, restaurants and businesses,” said a rep from the National Association of Broadcasters.

Ad Week envisions a scenario where the data collected by a driverless vehicle could be used for specific, targeted advertising: “If passenger biometric data recognizes that the passenger is generally too hungry to wait, he or she could be served with ads and offers for nearby restaurants.”

It seems like the peaceful oasis inside your car is about to get a lot more … crowded. “The telcos, content providers, game developers and e-commerce companies will be transacting business within the car,” said Danny Shapiro of NVIDIA. “We’ll also see new types of interfaces — we can even turn the whole interior of the car into a holodeck.”