Take a peek at the Lexus LF-1 Limitless concept, a new kind of luxury crossover 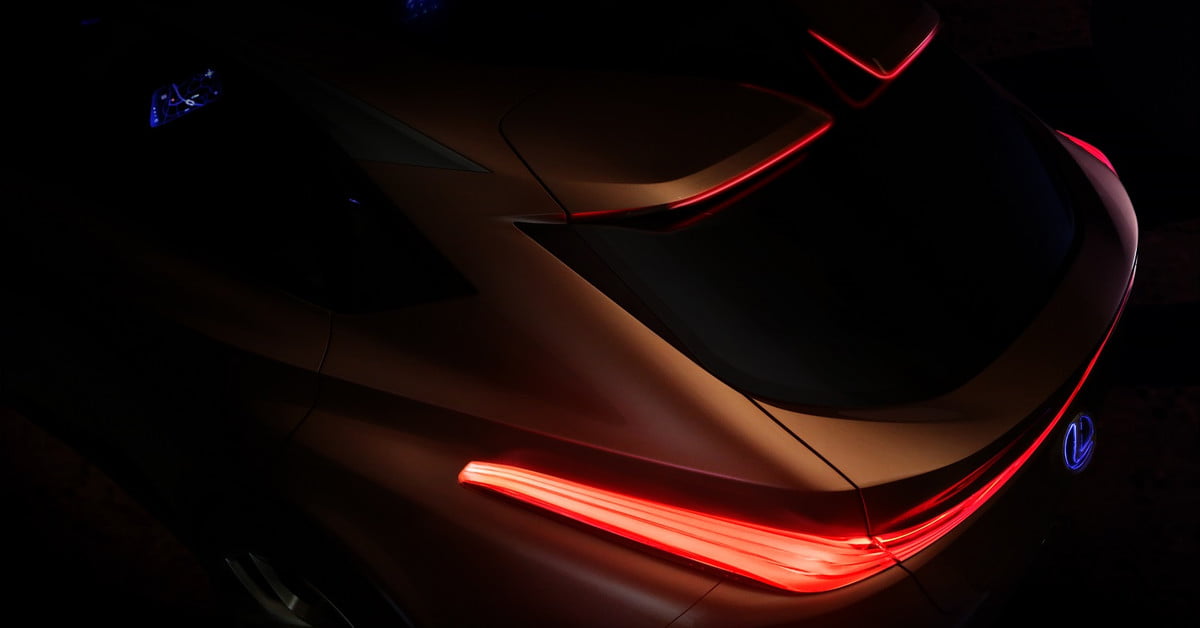 With the Detroit Auto Show right around the corner, Lexus has released a dark, puzzling teaser video to preview a brand-new concept car called the LF-1 Limitless.

The design study “reflects the next genre in luxury crossover vehicles,” according to a brief statement published by the Japanese brand. Developed by its Calty design studio in southern California, it wears wide LED taillights that stretch well into the quarter panels and a two-piece spoiler right above the rear window. The Lexus LF-1’s sculpted body suggests it will take the brand’s design language in a new direction, though it likely won’t ditch the contentious spindle grille worn by every current member of the Lexus portfolio.

What’s certain is the front end adopts a bold lightning signature. The LED that make up the headlights sit on top of L-shaped turn signals to give the concept an expressive face, even when it’s pitch black outside.

The blue light embedded in the Lexus emblem on the hatch suggests the concept’s drivetrain incorporates some form of electrification. It could be a pure electric vehicle, but it could also use a hydrogen-electric drivetrain. Parent company Toyota is making significant investments in fuel cell technology, and Lexus will reap the rewards in the coming years.

Looking through the concept’s windows sheds a little bit more light into what we can expect. There is a digital instrument cluster on the left side of the dashboard, presumably right in front of the driver. It shows navigation directions in Lexus’ teaser shot, but odds are the driver can configure it to show other menus, including information about the car and its surroundings. On the right, a second screen shows the concept’s outline.

Zooming in, we see the silhouette of a relatively large crossover with a long hood and a rakish roof line. It’s not as coupe-like as the BMW X6 or the Mercedes-Benz GLE Coupe, but it’s more daring than any Lexus on sale today. We’re assuming the outline shows the LF-1 Limitless concept, though we won’t be sure until it makes its global debut in the Motor City.

That’s also when we’ll learn more about what the future holds for Lexus’ mysterious concept. If it’s approved for production, and we think it will be, it will slot above the RX to give buyers a sportier and more city-friendly alternative to the GX and the LX, which are both built on truck-derived underpinnings.