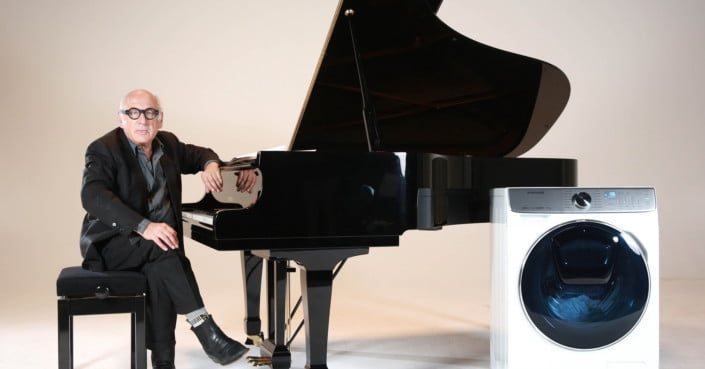 OK, it might not make it onto any of Digital Trends’ recommended movie lists, but for fans of really slow cinema, Washing Machine: The Movie may be the perfect flick for a Saturday night in.

Claiming to “turn humdrum into art” (though for many it may just be humdrum), Washing Machine shows a Samsung washer going through the motions for the entire length of the 70-minute movie, to a scintillating soundtrack by British composer Michael Nyman, best known for his work on the Oscar-winning movie The Piano.

Washing Machine is the follow-up to Samsung’s recent 200-second TV ad that aired in November and was recognized as the longest single-shot commercial ever screened in the U.K.

Yes, it’s all part of an elaborate marketing exercise to promote Samsung’s QuickDrive washer technology, which claims to cut laundry time in half and reduce energy usage by up to 20 percent.

With tongue pressing gently in cheek, the Korean tech firm says Washing Machine, which can now be viewed in full on YouTube following its premiere at a London movie theater earlier this month, will “get fans of slow cinema in a lather with full uncensored, moment-by-moment footage of a full wash cycle majoring on a single, long continuous shot.”

Nyman created the score especially for Washing Machine, with Samsung describing the soundtrack as one of his “signature minimalist compositions, driven by an explorative melody which takes the audience on a passage through the various stages of the wash cycle.”

The composer said he was intrigued by the idea of “putting a score to something so visually repetitive and prosaic. As a film composer you are frequently taking a cue from the drama on screen or interpreting it sonically, but here the challenge was to offset the mundanity and also enhance the hypnotic appeal.”

Mark Seaman of Samsung UK & Ireland said the movie featured “a virtuoso performance from both man and machine,” adding, “What better way to showcase the fastest washing machine we have ever made than to feature it in one of the slowest movies ever created.”

In that case, should we expect a sequel to Washing Machine starring, perhaps, a microwave oven heating up an old dinner? No, probably not.