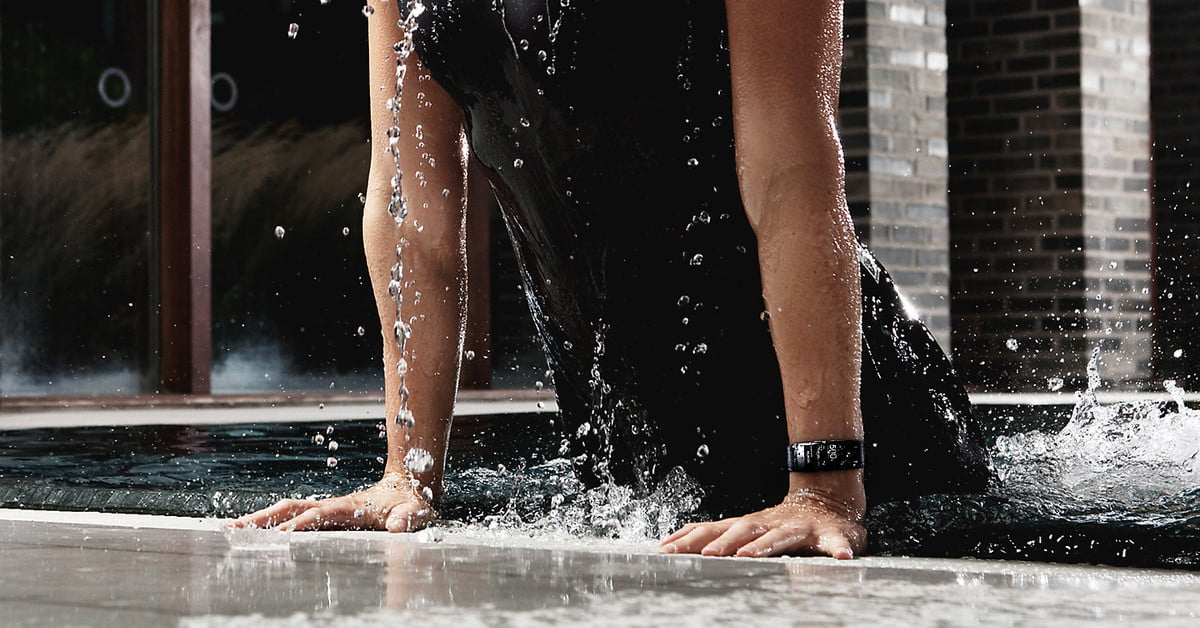 If you’re in the market for a device to help you during your next workout, Samsung has just updated its fitness lineup with three new products.

Samsung’s IFA press conference earlier this year was all about wearables. The new devices are all fitness-focused, from the Gear Fit2 Pro and the all-new Gear Sport to the second-generation Gear IconX wireless earbuds.

We got some brief hands-on time with these devices, so let’s take a closer look.

The $300 Gear Sport is the most interesting of the trio, because it’s a smaller, more design-focused Gear S3. It will be available for pre-order starting Friday, October 13, and will begin shipping on October 27.

The Gear Sport packs the same 1.2-inch circular AMOLED display as the Gear S3, but has a much smaller frame. That’s made possible by removal of Magnetic Secure Transmission technology that allows you to make payments at virtually any terminal with a card reader. Only Near Field Communication (NFC) is on-board, which means you can still use Samsung Pay, but at fewer locations.

The Gear Sport feels far more comfortable to wear than the Gear S3, though, and we think it looks much nicer.

The Gear S3 is known for its unique rotating bezel, and the Gear Sport has the same functional bezel. It lets you interact with the watch: Twist the circular frame to the right from the watch face to see your app widgets, and left to see your notifications. Samsung told Digital Trends the tactile sensation and sound of rotating the bezel has improved, and we certainly noticed it — rotating the bezel feels fun and satisfying, and the clicky sound is more pronounced but not too loud.

The Gear Sport is MIL-STD-810G certified, meaning it can withstand its fair share of drops and extreme temperatures. And it’s water resistant up to 50 meters in both swimming pools and open water. Appropriately, Samsung partnered with Speedo to pre-load Speedo On, a swim-tracking app that lets you to record laps, time, stroke type, and more.

The watch is designed to be a helpful companion even when you’re not exercising. Kate Beaumont, Samsung’s director of strategic product planning, gave the example of the Gear Sport reminding her to stretch while buckled in for a flight. It’s also contextually aware of times when you’re driving, and automatically silences notifications.

There are plenty of other smartwatch features the Gear Sport can do, especially with its improved Tizen 3.0-based interface. You can interact with notifications and you can even control Internet of Things devices through Samsung Connect, which is based on Samsung’s SmartThings home platform.

With the Gear Sport’s 4GB of internal storage and Spotify support, you can save playlists for offline listening, and on-board GPS means you can use fitness apps to map your runs. Those two features, including the NFC for contact-less payments, mean you should be able to leave the house without your phone and wallet when you’re out for a run. No LTE-supported version has been announced, so you’ll still need to be tethered to your phone via Bluetooth 4.2 for notifications.

There’s also an option to continuously monitor your heart rate via the heart rate monitor. The Gear Sport has a 300mAh battery, which Samsung claims should last four days. We’ll certainly test that claim in our review, but it seems high for a smartwatch.

Samsung has not made it clear when the Gear Sport sport will be available. It comes with a blue, black, or grey silicone band, which felt nice, soft, and comfortable. There will also be a hybrid sport band, which has leather on top and silicone on the bottom; colorful classic leather options; and “premium” Nato straps in mixed colors. Pricing for the watch or the interchangeable bands has yet to be announced.

Samsung’s new Gear IconX earbuds have been updated with a lighter and more ergonomic body than the outgoing model. Like the previous model, the new Gear IconX runs $200, and will be available for pre-order on October 13. The headphones hit stores on October 27.

If you have a Galaxy S8 smartphone or plan on picking up a Galaxy Note 8, the Gear IconX headphones are Bixby-compatible. Simply tap and hold the side of the earbud to summon the virtual assistant, and you can ask it to perform functions like sending a message to a friend.

With the Gear IconX, you don’t need a dedicated fitness tracker to keep tabs on your running routines. The earbuds come with Running Coach, which can issue real-time updates about your journey on the fly. It tracks basic fitness metrics, like calories burned, step count, and distance traveled.

Like the Gear Sport and Fit2 Pro, the IconX also pack 4GB of storage for music, and you can add your own tunes and manage playlists via the Gear manager app. There’s a neat charging cradle that can offer an hour of usage with just 10 minutes of charging, thanks to support for Quick Charge.

The Gear IconX It comes equipped with medium-sized ear tips, but there are other sizes available in the packaging.

If you don’t need a full-on smartwatch, but want to enjoy the Gear Sport’s more fitness-minded features, the Gear Fit2 Pro might be your speed. It’s $200, and hit store shelves earlier this year.

The Gear Fit2 Pro matches the Gear Sport’s 5 ATM water resistance rating (50 meters), and offers the same swim-monitoring functionality via the Speedo On app. It has GPS tracking, and Samsung partnered with Under Armour for a fitness-focused suite of apps that includes Endomondo, MyFitnessPal, and MapMyRun.

You’ll find the same continuous heart-rate tracking as on the Gear Sport, as well as the ability to add your calorie intake. The Gear Fit2 Pro also boasts automatic activity detection, support for Spotify’s offline playlists feature, and 4GB of internal storage.

Unlike last year’s Gear Fit 2, the Fit2 Pro has a buckle, making it a little easier to put on. It also won’t fall off your wrist as easily. The silicone strap feels comfortable, and the device is lightweight. The body is a bit cheap, but the 1.5-inch AMOLED screen looks vivid and bright.

Update: Added news that the Gear IconX and Gear Sport will be available for pre-order starting October 13, and start shipping on October 27.