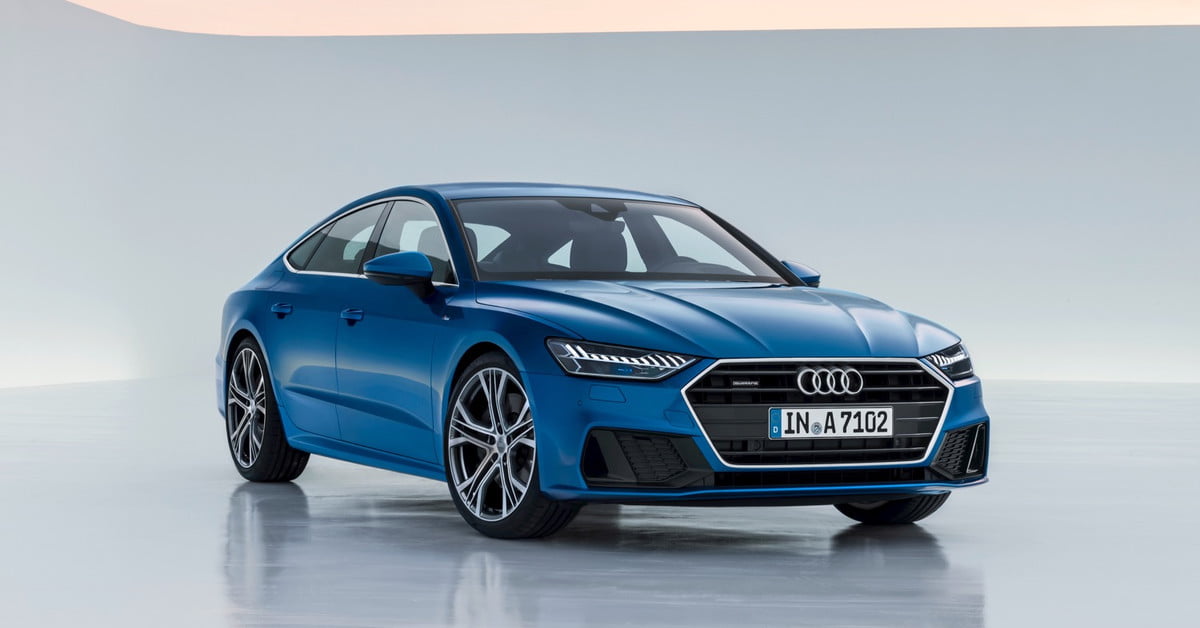 The latest generation of the Audi A7 packs more technology than ever, and looks good while doing it.

The first-generation Audi A7 was one of the brand’s biggest styling hits. Sporting a distinct sloping roofline, it proved hatchbacks can be cool. But now Audi is faced with the task of upgrading and refreshing that signature style.

Like most recent Audis, the second-generation A7 Sportback is more evolutionary than revolutionary. The new model sports muscular flared fenders, a more aggressive front fascia, and a dramatic-looking taillight structure, but it still has the same familiar shape as the last A7. You know what they say about fixing things that aren’t broken?

The changes are more significant under the skin. The new A7 will be offered exclusively with mild-hybrid powertrains, pairing internal-combustion engines with a 48-volt electrical system and a lithium-ion battery pack. While the A7 won’t be able to drive for significant distances on electric power alone, it will have the ability to harvest electricity through regenerative braking, and coast for short periods with its engine off. Going mild hybrid also allows for a more aggressive engine start-stop system, which Audi claims will save more fuel than previous systems.

The only powertrain available at launch will be a 3.0-liter turbocharged V6, teamed with the mild-hybrid system, a seven-speed automatic transmission, and all-wheel drive. Under Audi’s questionable new naming system, this model will be known as the A7 55 TFSI. The engine produces 340 horsepower and 368 pound-feet of torque, and acts on its own to propel the car. Audi claims a 0-to-62 mph time of 5.3 seconds and a top speed of 155 mph, but with 34.6 mpg (albeit on the wildly optimistic European testing cycle).

Electrification isn’t the only high-tech trick the A7 has up its sleeve. The body is made from a mix of aluminum and steel to save weight, and the A7 is available with four-wheel steering for the first time. At low speeds, the rear wheels steer in the opposite direction of the front wheels to improve maneuverability, while all four wheels steer in the same direction at higher speeds to improve stability.

The A7 will also be available with a plethora of driver-assist systems under the Audi AI moniker. Similar to Tesla’s Summon feature, it will be able to park itself without a driver onboard, although the feature won’t be available until late 2018. An adaptive cruise-control system that can provide steering inputs to center the car in its lane will also be on the menu, along with an “efficiency assistant” that coaches the driver into saving fuel. Depending on the model, the A7 can be equipped with up to five radar units, five cameras, 12 ultrasonic sensors, and a laser scanner, Audi says.

On the infotainment front, the A7 features Audi’s MMI system with a display split into a 10.1-inch upper screen and 8.6-inch lower screen, with the latter handling climate control and text input. Audi’s Virtual Cockpit is also available, replacing the gauge cluster with a 12.3-inch screen. The A7 can also “talk” to other cars through Car-to-X services, which utilizes what Audi describes as “swarm intelligence” to learn about road hazards.