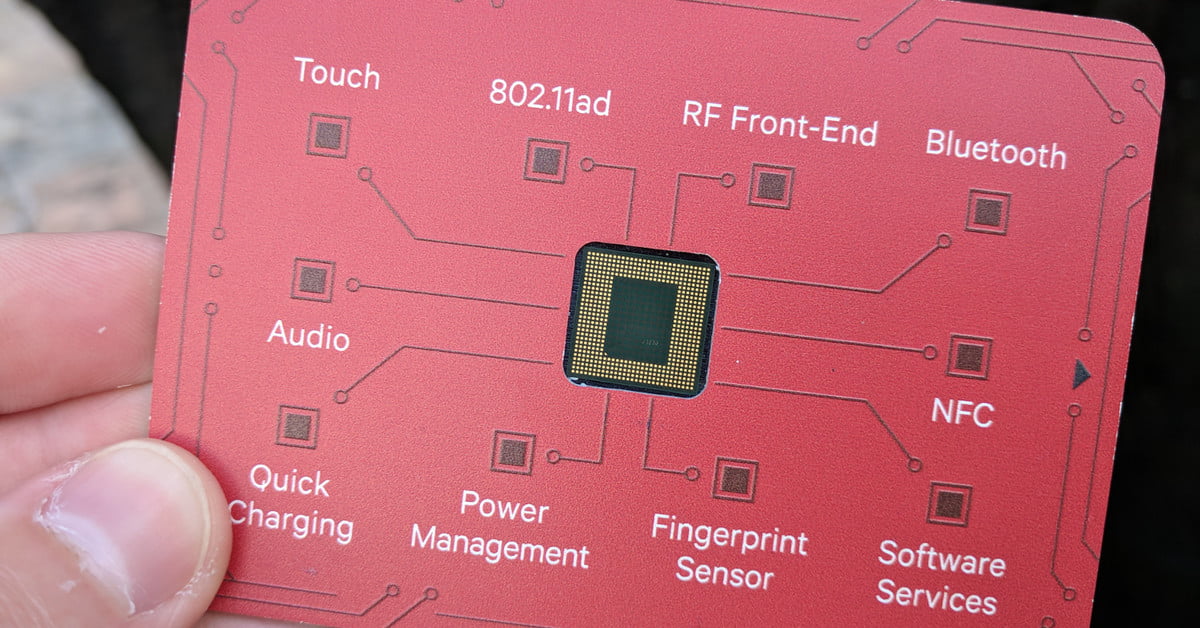 The much-anticipated and heavily rumored Qualcomm Snapdragon 845 processor is finally here. The new chip is set to power the next generation of high-powered and flagship-quality smartphones in 2018, likely starting with the likes of Xiaomi and Samsung, both of which took the stage at Qualcomm’s Snapdragon Summit in Hawaii.

With the Snapdragon 845, Qualcomm has focused on five key areas of development. We’ll run through each one below.

Perhaps the most important aspect of the Qualcomm Snapdragon 845 is how it performs, both in terms of speed and how the chip uses battery.

Content is becoming increasingly immersive, and that was a big area of focus for Qualcomm in developing the Snapdragon 845. According to Qualcomm, the chip supports capture of “cinema-grade” footage — and while that’s a big claim, the fact is that there are a number of pretty serious improvements here.

For starters, the chip supports Ultra HD Premium, which basically means that it supports the capture of a much wider array of colors through the camera. That’s a pretty big deal — while there are plenty of displays on the market that support showing HDR content, the Snapdragon 845 is the first chip to support actually capturing it through the camera.

While previous-generation chips have had a focus on being able to capture more pixels, this time around Qualcomm is focusing on capturing better pixel quality. While the Snapdragon 835 was able to capture the Rec. 709 color gamut, the Snapdragon 845 can capture the Rec. 2020 color gamut, making for much more realistic images and much more immersive content.

In terms of hard specs, the camera can capture up to 64 times more high dynamic range (HDR) color information in video situations compared to previous chips. That includes the ability to capture 10-bit color depth, as opposed to 8-bit.

Of course, immersion also includes mixed reality — and the Snapdragon 845 could help accelerate VR development as well. The chip supports room-scale 6 degrees of freedom, which basically means that it will detect things like walls so that you don’t run into something when you’re in a virtual environment.

According to Qualcomm, the Snapdragon 845 is the third generation of mobile artificial intelligence platform. In the Snapdragon 845, Qualcomm has improved neural network performance by a factor of three. That’s a pretty big deal — as artificial intelligence gets increasingly powerful, especially on mobile devices, devices will need to be able to handle the extra workload.

More advanced artificial intelligence also plays a role in better image processing. Google made headlines with the Pixel 2 for using one single camera to produce excellent portrait mode photos, thanks largely to artificial intelligence that can detect backgrounds and blur them to create a bokeh effect. With the Snapdragon 845, those kinds of image-processing systems will only get better, and faster.

The chip also offers improved voice recognition and low-power voice processing, as well as Google’s TensorFlow and Facebook’s Caffe frameworks. Those frameworks, coupled with the Snapdragon Neural Processing Engine, should make for a much smarter smartphone.

Mobile security is becoming more and more of a focus. Apple switched things up a little once again with Face ID on the iPhone X, and now Android phones are set to get some security improvements, thanks to the Snapdragon 845.

On the Snapdragon 845, Qualcomm is seriously stepping up security. In fact, the company has added a security-focused module on the chip with its own processor, its own memory, and even its own power. In other words, it’s kind of like an island — a vault that’s physically on the chip itself, but its really a separate piece of hardware. This section of the chip is called the “Secure Processing Unit.”

That’s a pretty big improvement, especially as we head into an age of hacked biometrics. With fingerprint sensors, if someone stole your fingerprint data, you could simply use another finger. Now, we’re using our faces to authenticate our identity, so protecting that data is extremely important.

Qualcomm has long been known for its connectivity solutions, and the connectivity on the Snapdragon 845 is better than ever. As we head into an age of 5G, gigabit connectivity is becoming increasingly important. Gigabit LTE is growing at a hugely fast pace, with a hefty 43 operators around the globe currently rolling out gigabit LTE networks. Qualcomm is helping devices connect to those superfast networks through the new X20 LTE modem. According to Qualcomm, that modem allows for 20 percent faster speeds in real world tests.

There are a few technologies at play here that allow for faster data speeds. For starters, the chip supports 5x carrier aggregation, which means that your phone can receive data from up to five channels at once. That allows for peak data speeds of a hefty 1.2Gbps — speeds that you’ll be able to take advantage of as carriers continue to roll out gigabit networks.

Qualcomm is also improving how devices connect through other protocols — like Bluetooth. For example, with the Snapdragon 845, you’ll be able to connect through Bluetooth to multiple devices, instead of just one. That’s good news for those that use true wireless earbuds — instead of having one main true wireless bud, a phone can connect with both the left and right earbuds, saving battery life and improving the connection.

When will devices get the chip?

So which phones will feature the new chip first? We don’t know exactly just yet, but it’s likely the Samsung Galaxy S9 will be among the first. Samsung and Qualcomm partnered to manufacture the Snapdragon 835, and that meant that Samsung got first dibs on the chip. Companies like LG had to use older processors, or simply wait until Samsung released the Galaxy S8. Qualcomm and Samsung said Samsung Foundry would once again manufacture the Snapdragon 845 — suggesting that other manufacturers may have to wait to get their hands on it.

Another smartphone manufacturer, Xiaomi, has noted that its next flagship will feature the Snapdragon 845 — it didn’t mention when that flagship would be unveiled, and there was no mention of it being the first device to feature the new chip.

Of course, Qualcomm will eventually want these chips to show up in computers, too. The first computers with Qualcomm chips — the HP Envy X2 and the Asus NovaGo — have the Snapdragon 835, but we’ll likely see laptops with the new chip in the near future.