Our latest weapon in the fight to save dying coral reefs is … a concrete pod? 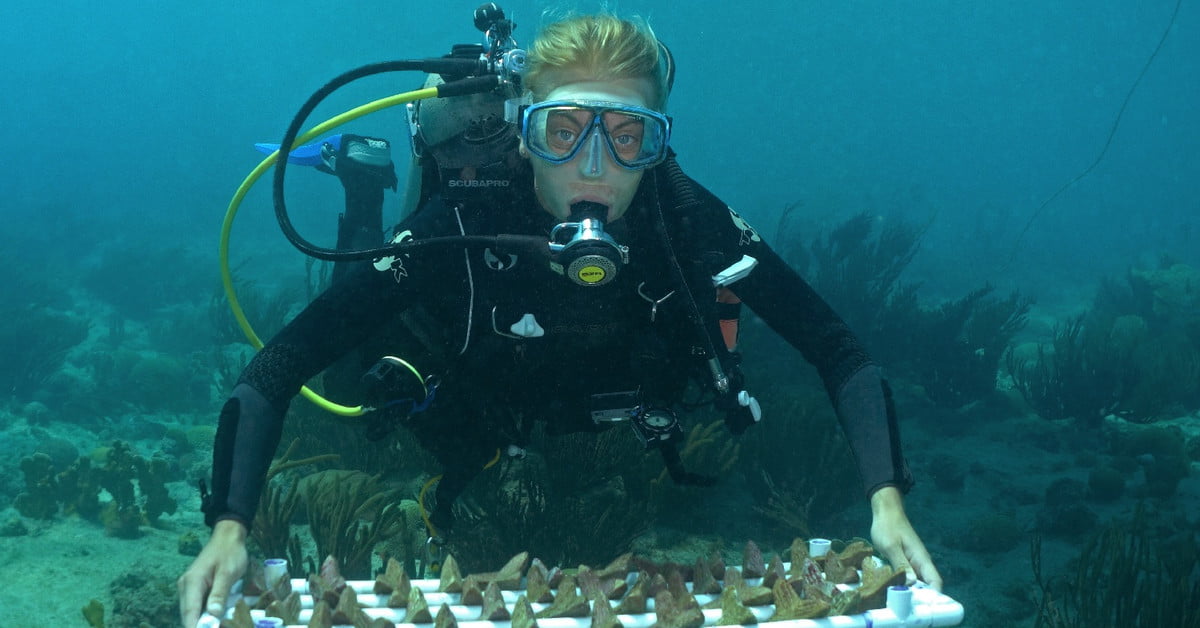 Coral reefs are rapidly degrading around the world. As a result, conservationists can carry out coral transplants, in which coral grown in one place is moved to another to help rehabilitate imperiled reef communities. Unfortunately, this can be extremely expensive and labor intensive, which limits how widely it is performed. One of the most costly phases in the process is the physical attachment of corals back to the reef, in which teams of workers secure the corals to their new home using cable ties, epoxy, and underwater drills.

A new approach pioneered by marine ecology group Secore International could make things easier and more affordable, however. Researchers on the project have developed small tetrapod-shaped concrete structures, which can be seeded with coral larvae. These spiky pods, called Seeding Units, can be wedged into reef crevices, without needing to be attached using other materials. Because of this, divers can place thousands of corals on the reef in a short amount of time — resulting in a substantial cost reduction of up to 18-fold. The team has been exploring this technology since 2014, focusing initially on smaller areas.

“We wanted to verify if the seeding units would indeed remain in place on the reef, and we also had to assess if the young corals would survive and grow on the substrates in the reef environment,” Valérie Chamberland, a research scientist at Secore International based on Curacao, told Digital Trends. “We are also testing this technique on a range of reef habitat types, and with a range of different coral species. On Curacao, we have implemented about 12 pilot sites around the island — including reefs ranging from a healthy to a degraded state — where coral offspring of a total of seven species have been outplanted using the sowing technique. While the success of this new technique varies depending on the coral species and on the environmental quality of the restoration site, the results are promising.”

The team now hopes to take these findings, described in a recent article published in Scientific Reports, and use them to apply the approach to larger areas.

“We are further developing and refining technologies that will enable us to mass-produce coral offspring at low costs and with low labor investments,” Chamberland continued. “We currently can only produce at most a few hundred Seeding Units at a time due to logistical constraints, such as manual production of our current tetrapod design and labor-intensive culture methods for the larvae small-volume laboratory facilities. Thus, our additional areas of development include implementing industrial production of the improved tetrapod designs and methods for large-scale culture of coral offspring directly in the ocean.”