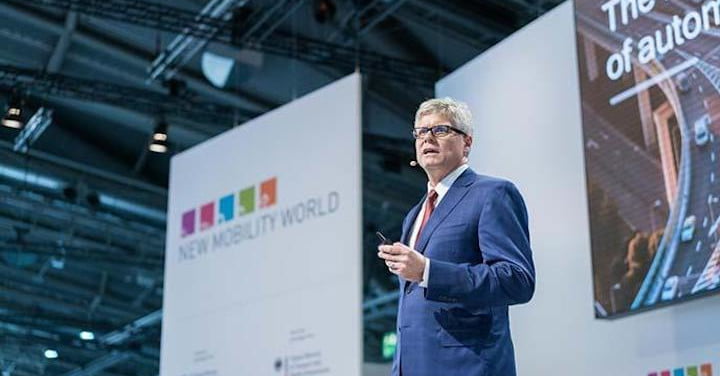 The benefits of a super-fast mobile network — from connected cars to streaming 4K video — may be felt a year earlier than previously predicted.

Qualcomm says we will start to enjoy the benefits of a 5G data connection on a smartphone in 2019, a year ahead of when others predict 5G will first become usable, and its all due to what the company calls increasing demands from eager tech fans and businesses. Qualcomm CEO Steven Mollenkopf said at the Frankfurt Motor Show that 5G will arrive in real devices during 2019, and added that should he have been asked last year, he would have estimated it would happen in 2020.

We should expect the United States, South Korea, and Japan to launch 5G phones and services in 2019, with China not far behind, according to Mollenkopf. He’s confident demand will be high, and carriers will want to be quick to launch competing services, so as not to be left behind.

The setting for Mollenkopf’s statement is important, and Qualcomm itself has plenty invested in not only making sure 5G arrives quickly, but also that it’s a roaring success when it does. At the Frankfurt Motor Show, Mollenkopf delivered a keynote presentation entitled New Mobility World, in which he described 5G as a key element for automotive innovation over the coming years, and talked about how “vehicle-to-everything” technology will see cars talk to everything from traffic signals to other vehicles, and even pedestrians. In early September Qualcomm announced a chipset dedicated to vehicle-to-everything communication. The 9150 C-V2X chip will be released towards the end of 2018.

5G’s success will also depend on networks, and Qualcomm’s romancing them too. It’s working with Verizon, and with Sprint and parent company Softbank, on 5G tests and technology. When it announced the partnership with Sprint in May 2017, it also included a late 2019 estimate for the first 5G commercial services. Also in September, Qualcomm and Nokia teamed up to test 5G NR radio technology, an essential part of its plans to have the next-generation cellular system up and running for 2019.

It’s not the only one working on 5G. Qualcomm’s prediction came just ahead of a Huawei and Deutsche Telekom announcement, where a live 5G NR test in Berlin — the first 3GPP 5G connection of its type in Europe — saw a connection speed of 2Gpbs. Huawei said its partnership with Deutsche Telekom should see 5G services launch in Europe by 2020.