Mantis shrimp are the inspiration for this new polarized light camera 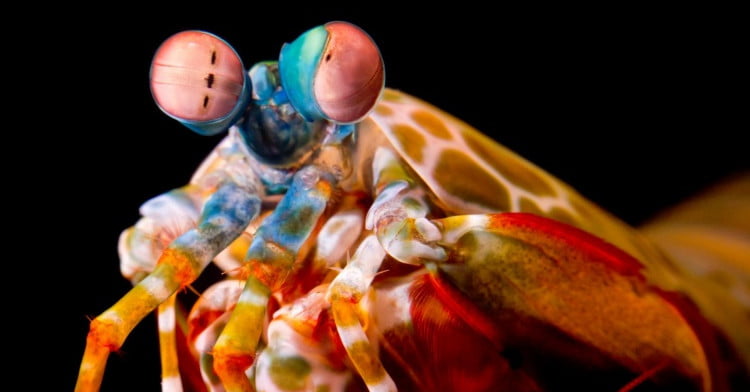 You may have 20/20 vision, but alas, your eyes are no match for those of the mantis shrimp. And now, this unique sea creature has inspired researchers at the University of Illinois to create an ultra-sensitive camera said to be “capable of sensing both color and polarization.” So what does this mean for us humans? Thanks to Mother Nature’s inspiration, we may now have a camera that can improve early cancer detection and potentially help us better understand underwater phenomena.

“The animal kingdom is full of creatures with much more sensitive and sophisticated eyes than our own,” said Viktor Gruev, a University of Illinois professor of electrical and computer engineering and co-author of the new study. “These animals perceive natural phenomena that are invisible to humans.”

Perhaps one of the best known examples of this is the mantis shrimp, whose eyes have 16 types of color receptors (compared to humans who have but three). But more importantly are the mantis shrimp’s six polarization channels. Polarization of light, Gruey explained, is “the direction of oscillation of light as it propagates in space … While most of us are familiar with polarized sunglasses, which simply remove glare, many animals use polarized vision as a covert communication channel, to find food, or even to navigate by sensing polarization patterns in the sky.”

So of course, we’re now trying to leverage this naturally occurring phenomena to our benefit.

The researchers discovered that the mantis shrimp eye stacks light-sensitive elements on top of one another, which helps the shrimp absorb lights at shorter wavelengths in the shallow photoreceptors, and lights at longer wavelengths in the deeper receptors. These photoreceptors are said to be organized “in a periodic fashion at the nanoscale that allows them to also ‘see’ the polarized properties of light.”

By combining silicon photodetectors and other nanomaterials in this way, the research team was able to create a point-and-shoot color-polarization camera that could have the capacity to do everything from detect cancer to monitor changes in the environment.

“By mimicking the mantis shrimp visual system, we have created a unique camera that can be used to improve the quality of our lives,” Gruev said. “The notion that we can detect early formation of cancer is what is driving this research forward. The cost of this technology is less than $100, which will enable quality health care in resource-limited places around the world.”