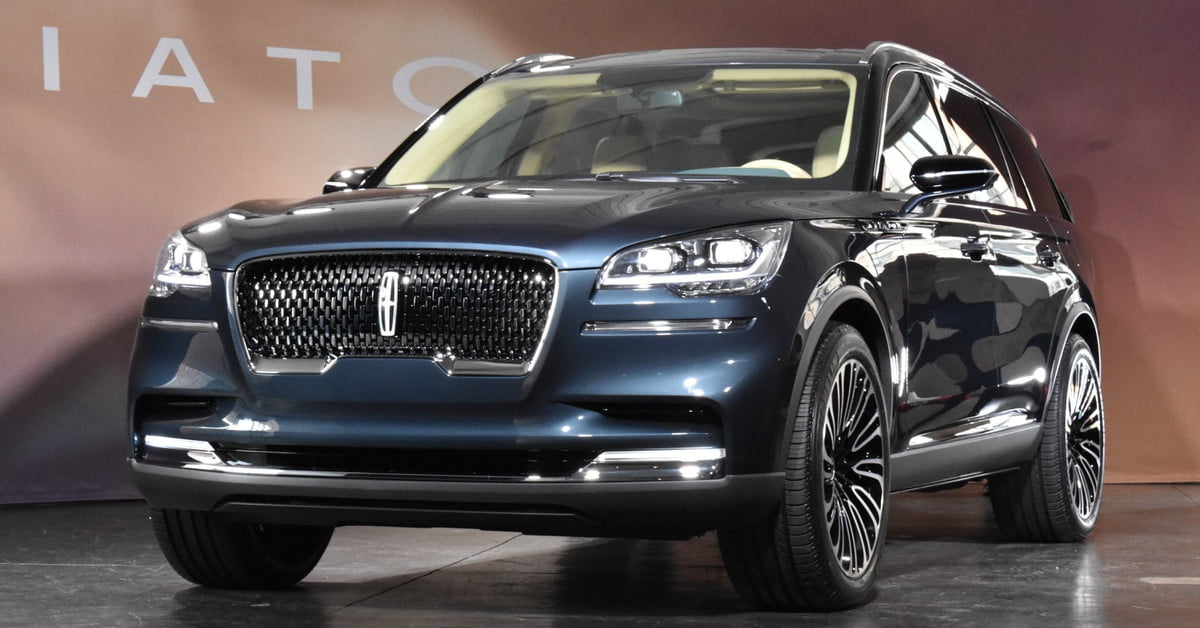 Like parent company Ford, Lincoln believes the future is all about SUVs. So it’s reviving the Aviator name (previously used for a rebadged Ford Explorer) for the first of two new utility vehicles it plans to launch through 2020. The new Lincoln Aviator debuts in preproduction form at this week’s 2018 New York Auto Show, and goes on sale next year.

Lincoln’s lineup is already chockfull of SUVs, but none of them are anywhere near as good-looking as this new Aviator. Its cab rearward proportions, crisp lines, and sloping roofline give it a sportier appearance than the Nautilus and MKC crossovers, but with a body that’s more reasonably sized than the massive Navigator. Lincoln design boss David Woodhouse explained that his team aimed for a less aggressive look than some other SUVs.

“We want to be about seduction, not attack,” he said.

Under the skin, the Aviator rides on an all-new platform that accommodates standard rear-wheel drive or optional all-wheel drive. While the Aviator is the first vehicle based on this platform, expect other Ford or Lincoln models to make use of it in the future. Lincoln claims the rear-wheel drive base helped make the designers’ jobs easier, and will also make for sportier handling. Lincoln isn’t ready to divulge full powertrain details yet, but it did say the Aviator will be offered with a stand-alone gasoline engine or with a plug-in hybrid powertrain based around a twin-turbocharged gasoline engine.

The Aviator offers three rows of seating, with a sliding second row and the “Perfect Position” seats from the Continental and Navigator upfront. These elaborate chairs feature 30-way power adjustment and massage. The driver gets a standard 12-inch digital instrument cluster, along with the expected central touchscreen display. Like the exterior, the design of the dashboard is appealingly crisp and clean.

Lincoln is the latest automaker to experiment with abolishing the key fob. Aviator owners will be able to use their smartphones as keys, allowing them to lock and unlock the doors, start the engine, and preset the climate control without having to carry a separate fob. The system also includes a valet key feature that disables certain vehicle functions. If the driver’s phone dies, they can get into the Aviator using a key pad on the driver’s door pillar. Lincoln was also quick to note that the Aviator features wireless phone charging.

The Aviator debuting in New York is what Lincoln calls a preproduction “teaser” model, so there are still many blanks left to fill in. Full details on Lincoln’s latest SUV will be released closer to the production-spec version’s launch next year.