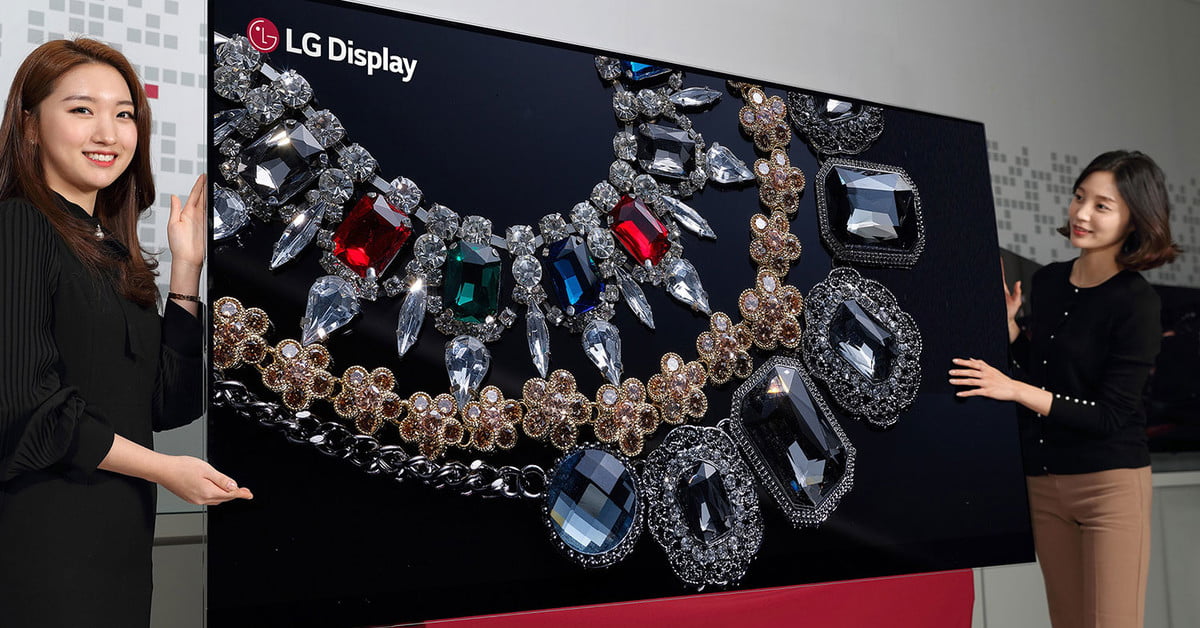 If you want to keep up with the latest and greatest in TV tech, our CES coverage is a great place to start. Last year LG displayed its ultrathin W7 TV — also known as the Wallpaper TV — at the show. This year the company plans to show off its biggest and possibly best display to date, Engadget reports: A monstrous, 88-inch, 8K OLED, the largest in the world so far.

The good news is that CES kicks off on January 8, so we don’t have long to wait to see this new display in action. The bad news is that information about the display is limited, so for the time being, all we know is the size and resolution. When it comes to other specs, we’ll have to wait until LG Display has more to say.

As impressive as OLED displays can be, they aren’t the only large-format option. Samsung for example, has switched to using its own QLED TV technology, while many other manufacturers opt for quantum dot. This leaves LG as the only manufacturer of large-scale OLED panels in the world, which has caused some supply problems for the Korean manufacturer.

Fortunately, the company has a solution. Five months ago, LG Display announced plans for a new large-scale OLED production facility in Guangzhou, China to help meet demand. Last week, the South Korean trade ministry approved those plans, according to Reuters. Of course, the facility still needs to be built, but this should prevent LG from running into any shortage issues in the future.

Before you start hauling your 4K TV out to the curb, it’s not entirely likely that LG will end up putting this display on sale. Considering how little 4K content there is available compared to standard and high-definition content, it will probably be a while before we see 8K TVs coming along to replace 4K sets. With features like high-dynamic range (HDR) offering a clearer visual advantage than 4K, 8K displays will likely be a harder sell for consumers, at least early on.

LG’s mammoth OLED will be far from the only impressive TV on display at CES 2018. If you’re wondering what else there may be to see, we’ve got a guide on what to expect when it comes to TVs at this year’s show.