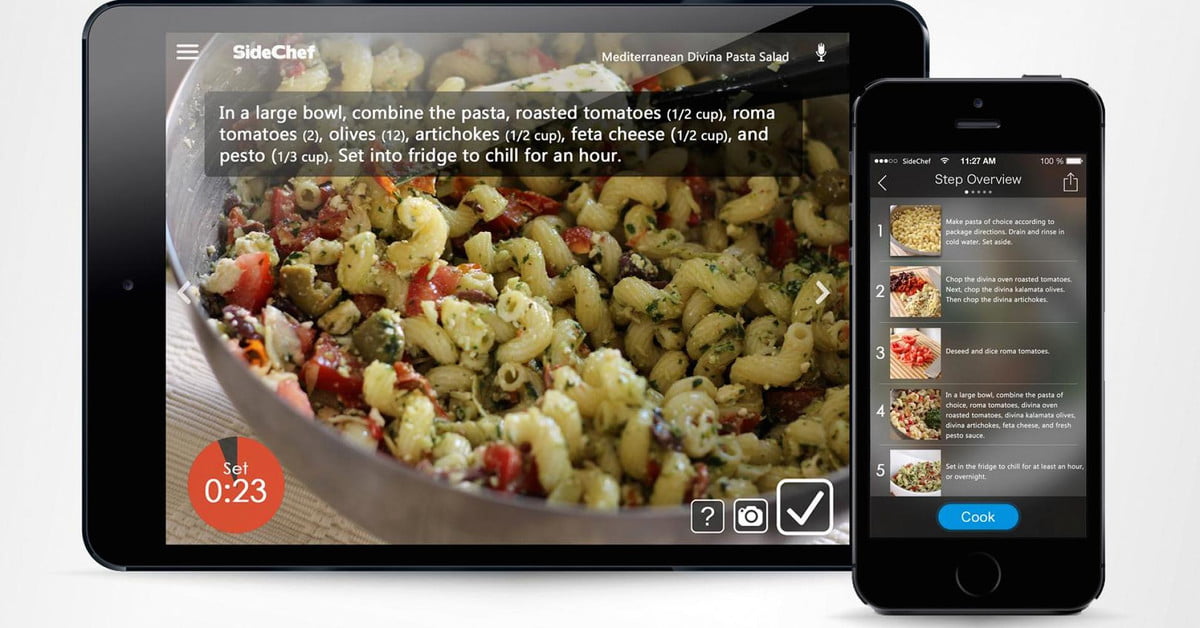 The innovative cooking app SideChef already made entries into the smart home market earlier this year when it announced a new app for Sharp’s smart connected home appliances. Now SideChef is taking a similar approach with LG Electronics, for whom SideChef will provide seamless recipe integration that works with LG ovens’ smart commands.

In addition to SideChef’s built-in features, including voice commands, timers and step-by-step photos and videos, LG’s smart kitchen appliance — powered by the manufacturer’s proprietary LG SmartThinQ technology — will automatically preheat, adjust temperatures and cooking duration based on each step in the recipe. It’s not quite, “Alexa, cook dinner!” but this is certainly a step in that direction.

SideChef is available for free on both iOS and Android devices, and claims to have inspired over 1 million meals and cooking sessions in home kitchens around the world. The app itself can access over 5,000 SideChef recipes from more than 300 experts who range from Michelin-starred chefs to culinary celebrities.

The cooking app company has been branching out since it launched in August 2015 with partnerships with dozens of cooking blogs as well as The Campbell Soup Company and subscription services Plated, Blue Apron and Chef’d. Earlier this year, the SideChef team launched an IndieGoGo campaign to launch “Chip,” a smart cookie oven, raising nearly $125,000.

“Our goal at SideChef has always been to build a seamless cooking experience that inspires users every time they head into the kitchen, we’re thrilled to bring this to the next era with advances in the open network format we’ve adopted with world-class partners such at LG,” said founder/CEO of SideChef, Kevin Yu. “Together we bridge the hurdle of ‘how-to-cook’ with savvy smart kitchen appliance controls that give home cooks consistently foolproof results at every meal, which not only allows anyone to conquer the kitchen, but for them to become a ‘side chef.’”

LG is showcasing its smart ovens and ranges already integrated with SideChef at CES 2018 this week, with plans to bring select models to market later this year.

“With the most extensive range of Wi-Fi enabled appliances available today, LG appliances with SmartThinQ technology are delivering cutting-edge performance and convenience to make life good.  Our collaboration with SideChef helps consumers enjoy great meals at home while getting the most out of their LG appliances,” said Chul Lee, senior vice president for LG Electronics. “Partnerships with leaders like SideChef are possible because LG offers a future-ready open platform, enabling LG to work with a range of advanced partners to make life easier and more enjoyable.”