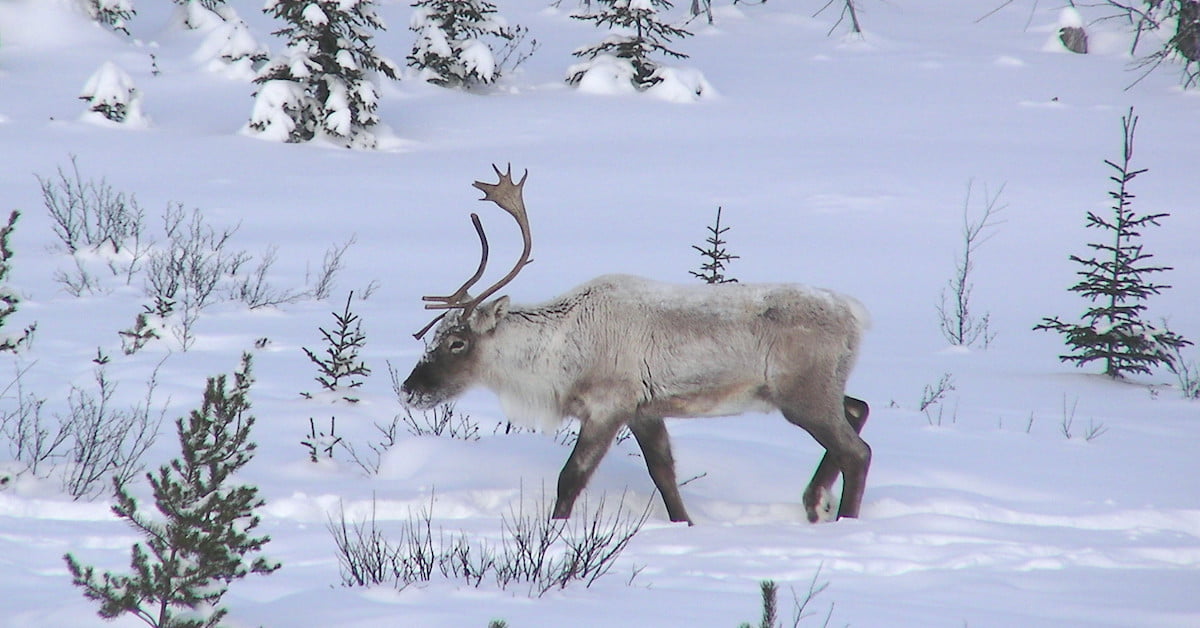 As Rudolph and his buddies assist Santa Claus on his travels around the world this evening, the reindeers back in Lapland continue to deal with all manner of hazards that threaten to ruin their Christmas.

Thousands of reindeer die every year in Finland’s most northern region, with most succumbing to attacks by wolves and other predators, or straying into traffic on remote roads.

But now the nation’s reindeer herders are turning to tech in a bid to reduce those numbers and better protect the country’s reindeer population, according to a BBC report.

The Finnish Reindeer Herders’ Association has started placing tracking sensors around the necks of some of the reindeer, allowing a herder to quickly identify their position via an accompanying smartphone app.

Besides enabling the herders to track hundreds of thousands of reindeer through Lapland’s forests and learn more about their movement behavior, the technology also helps them to spot injured animals, increasing the chances of a successful rescue. It allows them to reach dead reindeer more quickly, too, so they can gather more accurate data on cause of death that could later be used to develop additional protection systems.

To develop the system, the association teamed up with a number of startups, namely Paris-based Actility for the tracking sensors, Finnish firm Digita for the long-range communications network, and another local company, Mapitare, for the mapping and visualization software.

Current issues regard the size of the sensor, which is somewhat bulky. Matti Sarkela, head of the Finnish Reindeer Herders’ Association, told the BBC they need smaller sensors that last at least a year and incorporate improved location technology. “It can be hard to get good GPS signals in the high Arctic,” Sarkela said. “We’re working now on finding the best technology mix and getting the best sensor.”

Sarkela and his team are also considering attaching trackers to predators so that herders can be alerted when they get close to a reindeer herd.

The reindeer herding industry revolves around meat, fur, and antler products and generates around $25 million annually for the Finnish economy, prompting the herders to look for more effective ways to protect the animal.

Besides predators, the reindeer also die in accidents involving trains and motor vehicles. In a bid to cut the 4,000 or so reindeer road deaths that occur each year, the association launched an app in 2014 that let drivers who spotted wandering reindeer alert nearby motorists of their presence. Other efforts have included painting the animal’s antlers in fluorescent colors and hanging reflectors around their neck, but many of the deer tore the reflectors off and scraped the paint away.

On U.S. roads, more than a million animal-related collisions take place every year, some of which lead to human deaths. Researchers at Virginia Tech are working on a system that uses technology embedded in the roadside to detect an animal’s presence so it can alert an approaching driver. Self-driving technology can also help tackle the issue.

Andrew Alden of Virginia Tech said that real advances will be made when “vehicles talk to other vehicles and then talk to infrastructure.”

He added: “When we have that ability, we will be able to have that equipment at the roadside connect to the network and then the system turns around and issues an alert to any vehicles that are approaching that area. They would receive an in-vehicle warning saying that there are animals on the roadside ahead.” It’s another example of how developments in technology can help to protect not only animals, but also humans that pass through their habitat.