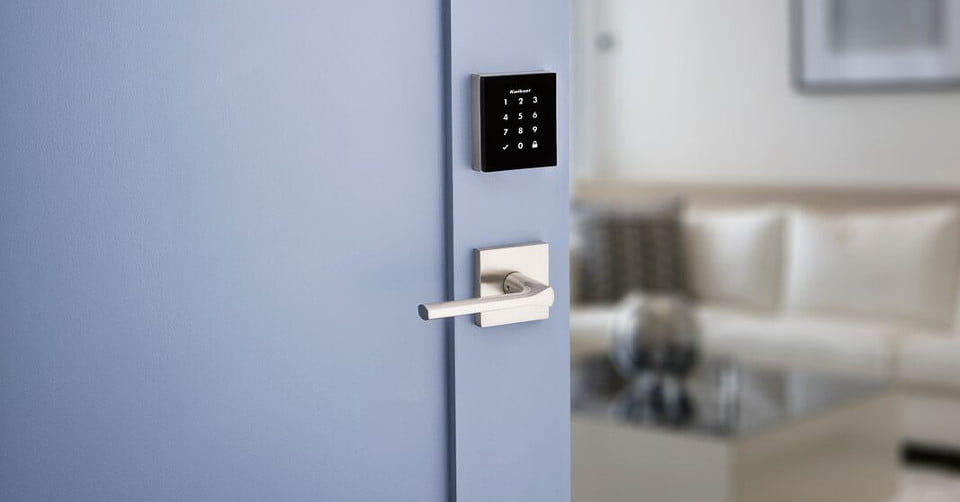 The modern trend is to make entryways keyless. The Obsidian electronic deadbolt combines design and security.

Whether people admit it or not, everyone has lost their keys at some point in their life. Not only is it inconvenient, but even making copies of the original key can lead to poor imitations. Instead of jamming a poor copy into an old lock, Kwikset’s new Obsidian electronic lock does away with keys altogether.

Kwikset, known as one of the biggest lock manufacturers in the United States, has developed a sleek, modern lock built with security in mind. With a responsive touchscreen, Obsidian is the company’s first electronic deadbolt to completely do away with traditional keys.

“Obsidian is a breakthrough electronic lock for Kwikset as it’s the first to be designed specifically for style-conscious consumers, without compromising technology and security,” says Kwikset Product Manager Jason Tu in a statement. “With the launch of Obsidian, we are giving discerning homeowners a modern electronic lock that fits their individual design preferences.”

The bright touchscreen, LED display of Obsidian illuminates when touched, making it easy to see during both day and nighttime use. To keep with the sleek aesthetic, the lock itself projects less than an inch off the door.

One worry people have with touchscreen locks is the perceived notion that they easily allow unwanted entry. The issue comes from fingerprints signaling which numbers to key in. Obsidian features SecureScreen technology to negate this issue. With it, users are prompted to touch two random numbers before entering the actual code. This spreads fingerprints across the screen as false clues. Guessing the right entry code just got exponentially harder.

As an additional security feature, the lock can be set automatically to lock after 30 seconds. This way, there is no more worrying about whether or not the door was left unlocked.

Another concern people have with these electronic locks are remembering to keep them charged. When batteries start to run out, an interior light will shine to remind users it is time to charge. If users continue to let the batteries drain until dead, Obsidian has a backup solution. On the exterior are two unobtrusive terminals that can connect to a 9-volt battery to permit use of the lock.

Kwikset’s latest electronic lock is available now for $179. Later this year, the company with add Home Connect to Obsidian, making it a fully featured smart lock.