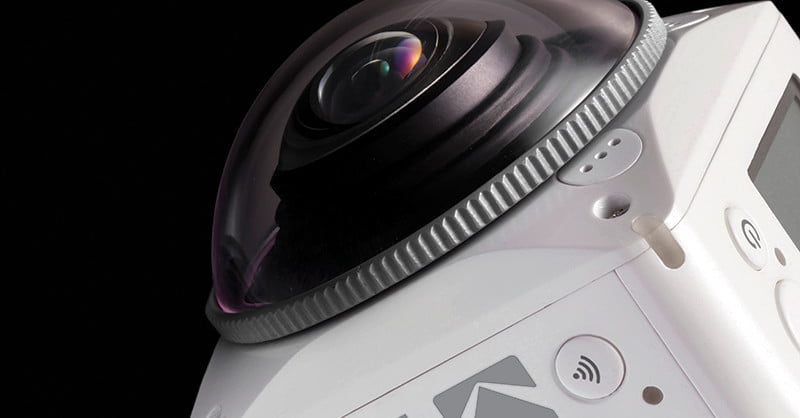 The Kodak Pixpro Orbit360 4K launched only a few months ago, but that doesn’t mean the company hasn’t been busy in the time since (ahem, KodakOne). At this year’s CES, we had the opportunity to speak with Paul Meyhoefer, vice president of marketing for JK Imaging Ltd/Kodak, about the aforementioned Orbit360 and several other products Kodak plans to bring to market in the coming year.

“It’s is the next-generation of 360 cameras,” Meyhoefer told Digital Trends, regarding the Orbit360. “It does both video and still photography, but what’s unique about this is that all the processing is built into the camera.”

The device sports two hemispherical lenses, one on either side the camera’s plastic, rectangular body. The curved lenses — one of which is 155 degrees, and the other 235 degrees — work in tandem to create a 360-degree 4K image, which you can easily live-stream or upload via Wi-Fi to platforms such as Facebook, YouTube, and the like. The device launched in August and is currently available in either one of two accessory-rich packages, each of which retails for $500.

“There’s a lot going on with VR and augmented reality, and we’re starting to see all sorts of different applications for 360-degree content,” Meyhoefer said. “In the future, [these cameras] will only get better and better.”

Speaking of the future, Kodak currently has a few products in the works, which it plans to release at an undisclosed date in 2018. The first, a prototype presently called the Kodak 3D 360 VR Camera, functions much like the aforementioned Orbit360, only the device’s versatile design allows you to use it as 3D camera. The lenses fold out — much like a traditional book — resulting in a 180-degree, stereoscopic lens. Meyhoefer believes the device will appeal to a range of consumers, particularly gamers, who will likely want to create both 360 and 3D content.

The second product Kodak plans to bring to market in 2018? The apt-titled 360 Pro VR Camera, a professional model that utilizes three lenses instead of two, allowing for a larger file and higher resolution. It will likely launch in either the third or fourth quarter of 2018 and sell for around $1,500.