Inspired by Segway, this robotic suitcase follows you around the airport 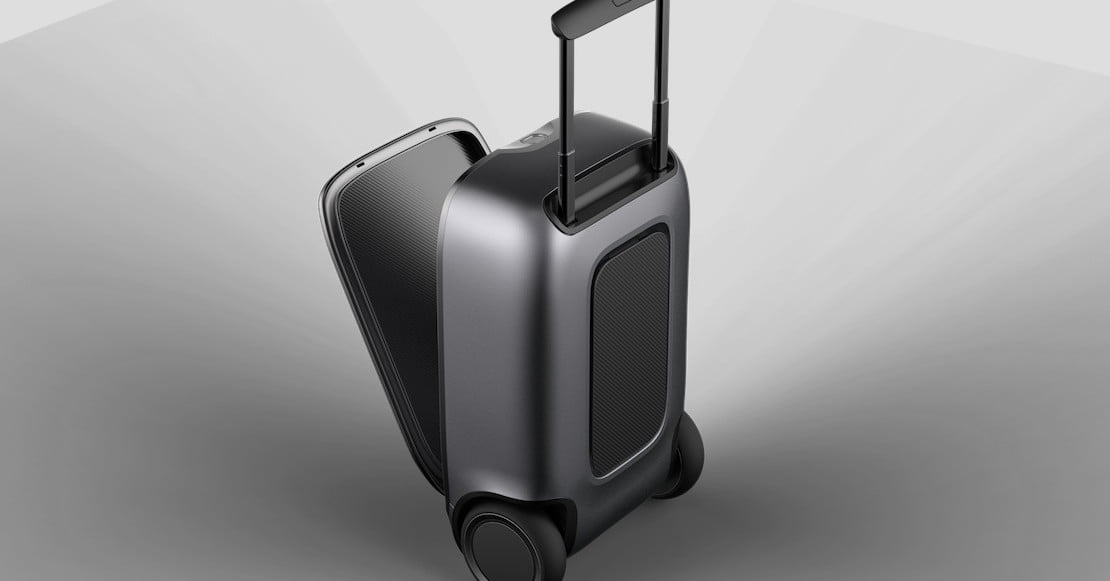 Want to bring a carry-on, but still walk through the airport hands-free? A China-based company is launching a new suitcase that followers travelers around, well, as the name implies, like a puppy. The 90Fun Puppy 1 (say that five times fast) is slated to launch in the U.S. at next week’s Consumer Electronics Show.

Puppy 1 may not be the first smart suitcase with auto-follow features, but the company says that its following suitcase is the first to use self-balance technology, thanks to a partnership with Segway. Despite having two wheels rather than four, the suitcase will self-balance as it follows you around the airport.

The follow feature is set up using an auto-follow chip and a positioning system, 90Fun says. The follow mode is adjusted through a remote control, which also allows travelers to “summon” the suitcase, according to the company.

The suitcase offers 20 inches of packing space and, despite the auto-follow, still includes a rolling handle.

Puppy 1 may be the company’s first launch in the U.S., but the brand has had success in China, where 90Fun recently took the top sales in luggage on a popular shopping day with 160,000 suitcases sold in 24 hours.

“Targeting the U.S. market is the first step in 90Fun’s international branding strategy because this is where first adopters of new technology gather and the strong curiosity inherent in this region makes it a perfect place to launch our smart suitcase,” Miao Liu, 90Fun CEO, said in a press release.

The idea of a suitcase that follows you around isn’t entirely new — the Cowarobot R1, which launched last year, also boasts auto follow and sensors to preventing it from running into other travelers or down a flight of stairs. Unlike the Puppy 1, the Cowarobot balances on four wheels rather than the Segway-inspired two wheels.

The Puppy 1 joins a growing line of smart luggage, from the autofollow and the ride-on types to the suitcases that convert to other items, like a desk or high chair.

The 90Fun brand is part of Shanghai Runmi Technology Co. Ltd., a company that launched in 2015. Details on the smart suitcase’s availability and price have not yet been released, but that information could be coming at CES.