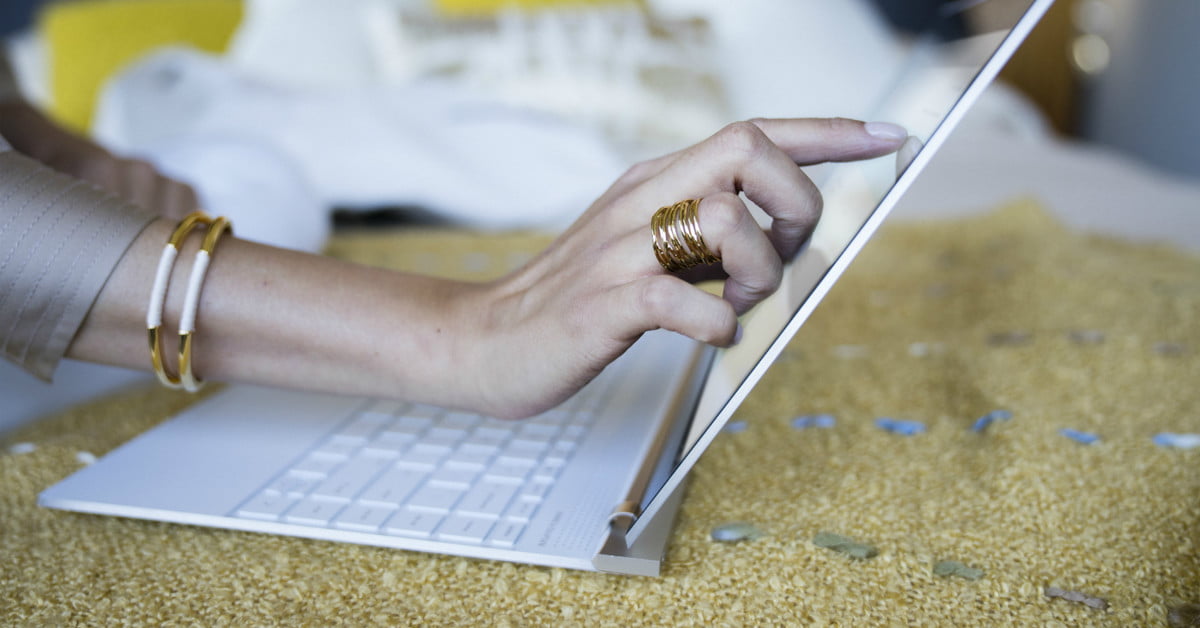 If you were planning to buy a new HP Spectre, then you’re going to get a whole bunch more for your money.

HP’s Spectre line of premium notebooks has offered some excellent options for the last several years. The Spectre 13 is a thin and light clamshell notebook that we found to be typical of its class — very thin and well-built with some compromises in performance and battery life. The Spectre x360 13 is a machine we called one of the best Windows 10 2-in-1s you can buy. Now, HP has revamped both of these Spectre machines to bring even more of what makes them such solid machines.

The 2017 refresh of the Spectre 13 brings an entirely new design that seeks to shrink the notebook’s overall size without compromising on performance or battery life. First, HP maintained the machine’s 10.4mm thickness but added in a touch display — leading the company to characterize the Spectre 13 as the “world’s thinnest touchscreen notebook.” In addition, HP now offers a 4K UHD (3840 x 2160) resolution display in the same thin chassis. Weight went up ever so slightly from 2.43 pounds to 2.45 pounds.

Second, the bezels have been made considerably smaller, specifically 9.7mm (40 thinner) on top and 5.3mm (65 percent thinner) on the sides. The bottom bezel is 0.5mm thicker. Even with the reduction in the size of the top bezel, the webcam and the new infrared camera for Windows Hello support remain on top of the display. That results in the new Spectre 13 being 308.2 mm x 224.2 mm, compared to last year’s model, which was 325 mm x 229 mm.

The keyboard deck and speakers have also been redesigned, with the dual speakers now positioned directly below the display as opposed to on each side of the keyboard. That has allowed HP to expand the backlit keyboard — which offers a significant 1.3mm travel — to include the page up, page down, home, and other keys along the right side as it has done with some other recent machines. The touchpad has been increased in size 15 percent from the previous model.

In terms of performance, the new Spectre 13 incorporates the latest eighth-generation quad-core Intel Core i5 and i7 CPUs. Up to 16GB of LPDDR3 RAM can now be configured, and the solid-state disk (SSD) technology has been migrated to the faster PCIe standard with up to 1TB capacity.

Battery capacity has been increased from 42 watt-hours to 43.7 watt-hours, which combined with the more efficient processors promises improved battery life with the Full HD display option. The company’s fast-charging technology has also been added, which can charge the battery from zero to 50 percent in 30 minutes.

Furthermore, HP uses thermal sensors in the Spectre 13 to monitor heat more closely and to engage the fans only when necessary, while the cooling system’s overall design has also been enhanced. All of that promises better control of heat without the need to run the fans as often as with the previous model.

The Spectre 13 also offers new color options, including Ceramic White with Pale Gold accents and the company’s trademark Dark Ash Silver with Copper Luxe accents for the cover and keyboard deck. Advanced Electro Deposition (AED) technology is used to create a stronger and more scratch-resistant finish. Carbon fiber is used on the bottom of the chassis to afford weight and heat advantages without compromising strength. The white version comes with a matching white power adapter.

Finally, the Spectre 13 comes equipped with a total of three USB Type-C ports. Two are fully Thunderbolt 3 certified, while the other is a USB 3.1 Type-C connection. A combo audio jack, 2×2 MU-MIMO and Bluetooth 4.2 round out connectivity.

HP is pricing the new Spectre 13 at $1,300 for the Intel Core i5, 8GB RAM, 256GB SSD, Full HD configuration, with the same configuration and a Core i7 processor being priced at $1,400. Availability has not yet been announced.

Here are the complete specifications for the new Spectre 13:

The HP Spectre x360 13 convertible 2-in-1 also received a significant redesign, albeit not quite as significant as the Spectre 13. The x360 13’s changes represent more of a refinement of the previous design rather than a wholesale redesign.

In terms of the overall chassis, the dimensions were kept close to the same as the previous model. The display bezels were reduced very slightly, to 13.6 mm (down 1.6 percent), the machine is now 13.6 mm thick (down from 13.8 mm), and the weight now stands at 2.78 pounds (down from 2.85 pounds). The design aesthetic was also revamped a bit, with a more angular profile, but the color scheme remains the same Natural Silver or Dark Ash Silver with Copper Luxe accents.

In terms of performance, the new Spectre x360 uses eighth-generation Intel Core i5 and i7 processors, while 16GB of RAM and 1TB PCIe SSD options remain the same. HP incorporated the same IR sensor technology and enhanced cooling system as is used in the new Spectre 13 to keep heat under control and to minimize fan noise. Battery life is rated up to 16.75 hours for the Full HD display, and fast charge technology is on hand that can charge from zero to 50 percent in 30 minutes.

HP also enhanced the Spectre x360 13’s active pen. It now offers the same tilt support Microsoft introduced with the latest Surface Pro, and the pen now a offers tail-end eraser and a gyro-mouse function to use the pen like a laser pointer during presentations. The pen is also now rechargeable, with a cap that can be removed to reveal a USB Type-C charging connector.

The Spectre x360 13 supports the same infrared camera-based Windows Hello support for password-less login. However, HP also added a new fingerprint scanner along the righthand side that offers another way to securely log into the machine. Overall connectivity now includes two USB Type-C ports with Thunderbolt 3, a USB 3.1 Type A port, and a 3.5 mm audio jack. The new model also now includes an SD card reader, a feature that was missing from the previous model.