How Lamborghini brought the Urus to life with VR, robots, and even biology 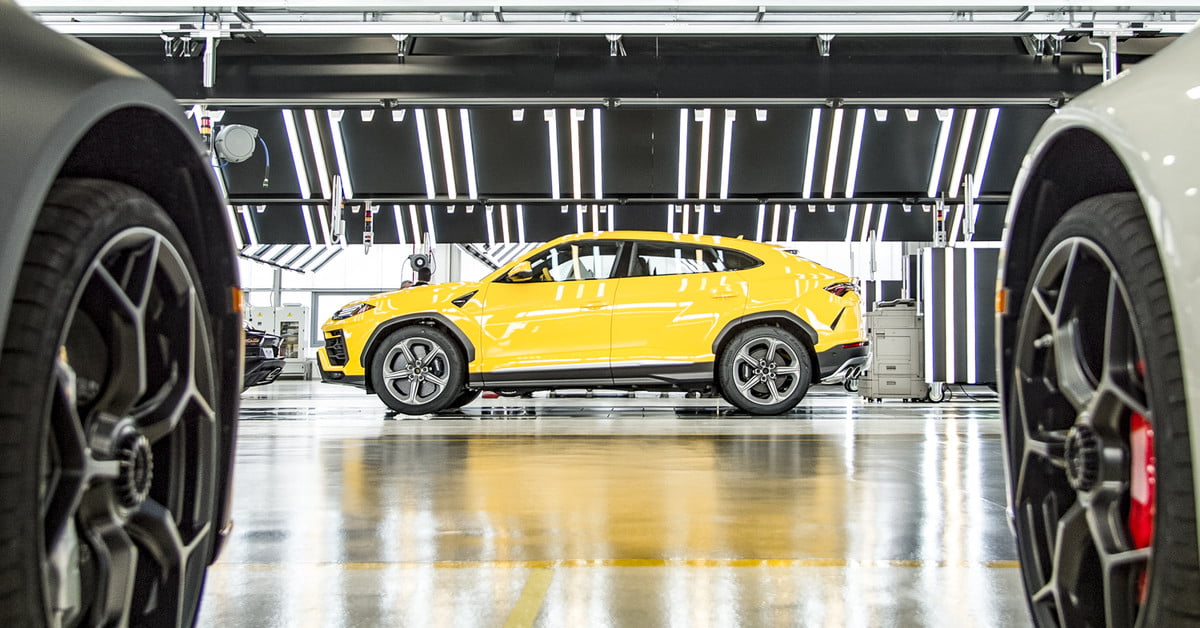 We live in an era when a new SUV leaps into the market at least once a month. What makes the 2019 Lamborghini Urus special, then? To find out, and to meet some of the men and women who brought it to life, we ventured deep into the company’s historic headquarters in Sant’Agata Bolognese, Italy.

Very few Lamborghini owners drive their car daily, and a majority own at least one luxury SUV.

“The Urus is a super-SUV because it’s a super-sports car in a different configuration,” promised company boss Stefano Domenicali with an insuppressible tinge of pride. He added the company decided to re-enter the SUV segment only after carefully listening to its customers.

Very few Lamborghini owners drive their car daily, and an overwhelming majority of them own at least one luxury SUV, like the Bentley Bentayga, the Mercedes-Benz G-Class, or the Land Rover Range Rover. Most replied they’d buy a Lamborghini SUV in a heartbeat if they could. Why wouldn’t the company capitalize on that demand?

SUV fever isn’t new. The Urus project began five years ago, shortly before Lamborghini presented the eponymous concept car at the 2012 edition of the Beijing Auto Show. It was the brainchild of former company CEO Stephen Winkelmann, the bright executive who deserves much of the credit for turning the brand around after it became one of Audi’s crown jewels. Winkelmann – who now leads Bugatti – also played a key role in keeping Urus production in Italy rather than sending it abroad, likely to Bratislava, Slovakia, where sister company Porsche makes the Cayenne.

It’s this daily-driver aspect that led Lamborghini away from the fantastic naturally-aspirated 10- and 12-cylinder engines that power its coupes and roadsters. Instead, the Urus stands out as the first turbocharged Lamborghini. Power comes from a 4.0-liter V8 that channels 650 horsepower and 627 pound-feet of torque to all four wheels via an eight-speed automatic transmission. That’s enough for a 0 to 60 mph time of 3.6 seconds, and a top speed of 190 mph.

From sketch to sheet metal

The process leading up to the Urus’ debut was long and a little bit unusual. Remember, Lamborghini remains a small company that’s several leagues removed from the automotive mainstream. Its design team includes about 30 stylists, a low number by the industry’s standard. They’re all fluent in both sketching with a pencil and a paper and creating a 3D rendering on a computer. From the get-go, they knew the Urus had to look completely different than the brawny LM 002, which made its debut in 1986.

You wouldn’t believe the amount of attention to detail that goes into building a Lamborghini.

“When a Lamborghini drives by, you don’t need to read the name or see the logo; you can immediately tell by the design and the sound that it’s a Lamborghini. This is vital to our cars’ success,” explained Domenicali. The team lead by chief stylist Mitja Borkert carefully applied this ethos to the Urus.

The questions of where and, importantly, how to build the Urus weren’t easy to answer. Even after Lamborghini decided to keep production in its home country, it faced the dilemma of where the model should come to life. It didn’t have enough extra capacity in its original factory, that much was clear from the get-go. It ultimately decided to double its existing manufacturing footprint. The choice makes sense; after all, the Urus will, in time, double the brand’s annual sales. It’s a significant milestone in the company’s history.

Domenicali explained traditional planning methods couldn’t be used in such short notice, so the team in charge of the project relied on virtual reality technology to patch together a basic idea of what the expanded factory would (and wouldn’t) look like. 600 companies represented by 3,600 employees came together to build the plant from the ground up in record time. It remains CO2-neutral, a vital certification for Lamborghini’s top executives.

Currently, the historic part of the company’s factory produces a total of roughly 18 examples of the Huracán and the Aventador daily, which added up to precisely 3,457 cars last year – an all-time record for the firm. The extension inaugurated just a few months ago will manufacture approximately 23 units of the Urus daily, five days a week. Lamborghini told us the key to achieving this number was placing an unprecedented focus on flexibility, digitalization, and man-machine interaction.

It takes about a full day to build an Urus, and an advanced software monitors every part of the production process to track progress and errors. It’s similar to the software used by aerospace companies like Airbus. This is important, and not just because the Urus is the company’s first four-door, four-seat model in recent memory.

It’s also offered with some options not available on the brand’s two-door cars, like real wood trim on the dashboard and the door panels. Robots help when needed (e.g., to apply the glue that secures the windshield to the body) but they don’t replace humans.

Men and women will play a central role in Lamborghini production in the foreseeable future. You wouldn’t believe the amount of attention to detail that goes into building any model deemed worthy of the Raging Bull emblem. Even biology gets factored into the production process, surprisingly.

The company told us it sources leather from cows native to either northern Europe or the Italian Alps because there are fewer mosquitos in those regions, which means fewer bites and, ultimately, fewer imperfections in the leather. Every square inch of the material goes through a rigorous screening process, and leather that’s damaged in any way ends up recycled.

Workers put every Urus through its paces before giving it permission to leave the factory. The model is tested on a bench at about 85 mph to ensure the V8 engine, the eight-speed automatic transmission, and the colossal brakes perform as they should. If everything checks out, and it normally does, the Urus embarks on a real-world test on the scenic roads that surround the factory. This is how Lamborghini tests every single car it builds since its inception in 1963.

After the short road trip, the Urus is ready to enter the final phase of the production process.

Every Lamborghini model goes through a brand-new finishing department.

Every Lamborghini model goes through a brand-new finishing department, where highly-trained workers examine each car from all angles to single out the scratches and other blemishes that sometimes occur during the production process or testing. For example, at one workstation, employees shoot water at specific areas of the car to ensure moisture doesn’t infiltrate the cabin. Any imperfection found gets fixed promptly.

It’s a huge investment in terms of money, time, and personnel, but it’s necessary to ensure Lamborghini maintains the high level of quality it’s known for globally as it grows. If everything goes according to plan, the company will build and sell at least 7,000 cars in 2019. It’s not daunting; it’s invigorating. The excitement behind the factory’s walls is palpable.

“This is the point of no return. It’s a new beginning for us,” Domenicali noted cautiously. “In terms of growth, in terms of dimension, in terms of our brand’s presence in this sector of the automotive industry. It’s also a great challenge,” he added.