Future reflections: Here’s everything we know about ‘Black Mirror’ season 4 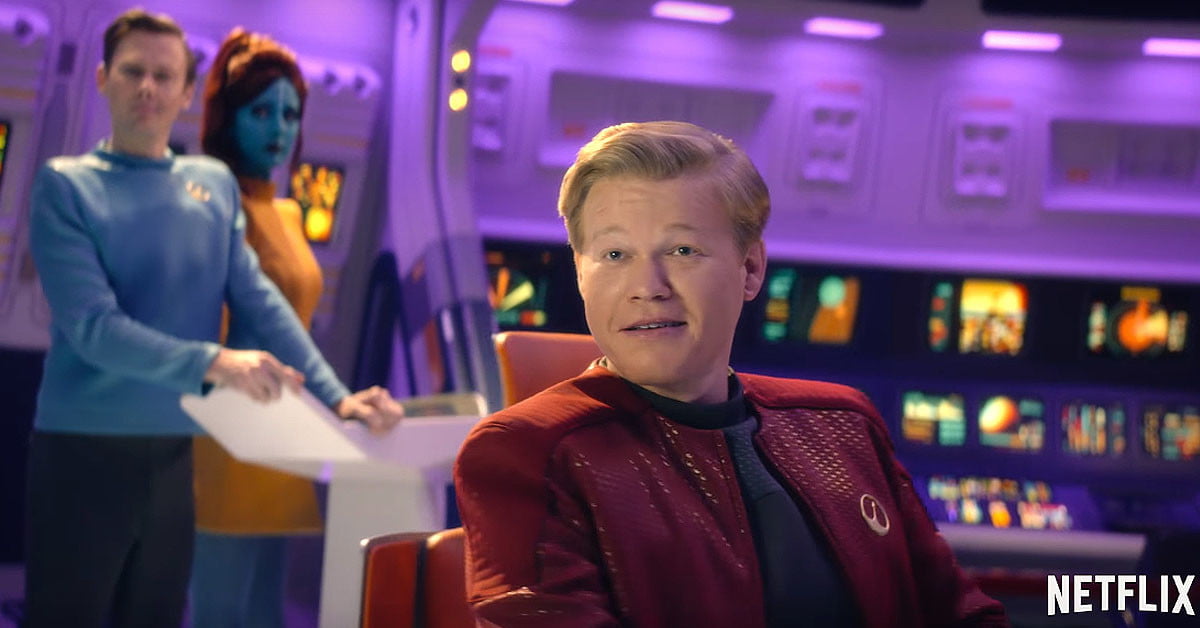 Black Mirror is back, baby! Well, not quite. The popular sci-fi thriller debuted in 2011 on Britain’s Channel 4, where it ran for two seasons before being picked up by Netflix in 2015 for a third. A fourth season is on the way, but Netflix has yet to announce a debut date. It’s an anthology series, meaning each episode, or “story,” has its own separate plot and is generally not related to any other episode (though there have been a few callbacks and reappearing characters).

The basic concept of the show — created by British humorist Charlie Brooker — revolves around a dystopian future (surprise, surprise) where technology has shaped the world in crazy, often terrifying and unexpected ways. Season 3 took that formula and upped the ante with a bigger budget (thanks, Netflix!) and a litany of well-known guest stars, including Bryce Dallas Howard (Jurassic World), Jerome Flynn (Game of Thrones), Benedict Wong (Marco Polo), and more. Is there another San Junipero on tap? With season 4 on the way, we’ve put together a guide to help you stay on top of all the relevant news and rumors. Warning:Spoilers ahead!

Beginning on Saturday, November 25, Netflix began releasing extended teaser trailers for each season 4 episode via YouTube. We will continue updating this article with each trailer as it comes out.

In the teaser for U.S.S. Callister, Black Mirror takes aim at perhaps the most iconic sci-fi TV franchise ever: Star Trek. The trailer stars Jesse Plemons (Breaking Bad) as the celebrated Captain Daly, who finds himself (and his crew) at the hands of villains and monsters on foreign worlds. Cristin Milioti (How I Met Your Mother) and Jimmi Simpson (Westworld) round out an incredible supporting cast. There’s definitely something sinister under the hood here, but we can’t quite put our finger on it.

The Metalhead trailer offers action and suspense as a woman flees some mysterious “dogs” while she speaks to someone she loves. Each shot in the trailer is kinetic and intense, underscored by some classic action movie music (“BRAMMM“) and a black-and-white color palette. We don’t find out much about the episode’s plot or concept, though.

Hang The DJ appears a little more lighthearted than many episodes (at least, in the teaser), showing some young people on a date. They proceed to check their “expiry” on a little device, which reads “12 hours,” apparently letting them know their relationship is destined to be short-lived. We also see a happy, married couple who apparently were matched up by the same program. Ominously, a computerized voice states at the end; “Everything happens for a reason.”

In probably the most unsettling trailer yet, Rolo Haynes, the proprietor of the Black Museum, appears to give a tour to a prospective employee. “There’s a sad, sick story behind most everything here,” he says about the exhibits, before unveiling the main attraction, which we don’t see. Disturbing imagery (flashbacks, maybe?) is peppered throughout the teaser, which came out November 29.

On November 26, we received the teaser for Crocodile, another season 4 episode. The trailer features a woman questioning a man who apparently witnessed a car accident but cannot remember it. We see a device that accesses people’s memories, followed by some disturbing imagery like paramedics on the street and a burning newspaper.

On November 25, Netflix dropped the teaser trailer for Arkangel, one of the stories we will see in season 4. The trailer shows a woman playing with her daughter, Sarah, before Sarah goes missing. Once returned, the child begins to undergo a series of experiments, and strange occurrences start to take place. A man also offhandedly mentions that he is “2,000 years old,” though we’re not sure if that is a joke or a plot point.

In August, Netflix released a quick teaser trailer via YouTube showing short, 5-to-10-second clips of each season 4 episode (or “story,” as it were), with the episode’s title displayed prominently in the center of the screen. View the trailer at the top of this post.

Season 4 will feature six stories, twice as many as there were in each of the first two seasons (there were also six episodes in the third season). In order of appearance in the trailer, those six stories are titled: Crocodile, Arkangel, Hang the DJ, USS Callister, Metalhead, and Black Museum.

We only get a few seconds’ worth of footage from each episode, but the show looks as riveting as ever, with a few obvious references to popular culture. Crocodile shows a woman exiting a car in frozen tundra before cutting to a small CRT screen, followed by two scenes of scared-looking women. Arkangel shows a little girl possibly undergoing some sort of test or experiment, panning quickly over an iPad-like device, before showing some tense scenes with the little girl and a woman (possibly her mother).

Hang the DJ offers us very little insight, showing only a man and woman at dinner together before a short scene of them kissing. USS Callister is easily the most interesting of the bunch, clearly meant as a sort of Star Trek spoof. It depicts a terrified woman mid-warp and Jesse Plemons (Breaking Bad) smirking from the captain’s chair on a starship deck.

In Metalhead, filmed in black-and-white, a woman flees some scary robots and cars. Finally, Black Museum shows an African-American woman visiting a derelict “Black Museum” in a rural setting, before cutting to a man being wheeled in a gurney and a different man stepping on some sort of sharp device.

Part of the reason people love Black Mirror is for its mystery, and Netflix did an excellent job of piquing our interest in this trailer. The teaser ends with the promise “Coming Soon,” though we don’t have any further details. If you like the show, try checking out one of Netflix’s other awesome original series.