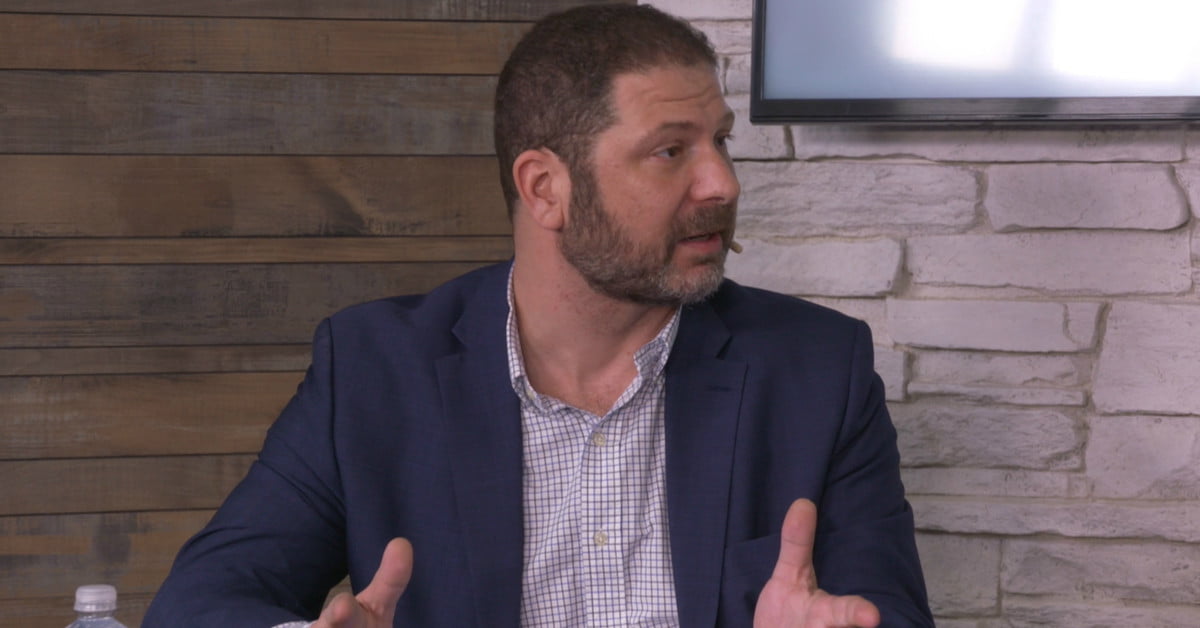 Each year at CES, a few surprise products and companies steal the show, rising from the crowd as TCL did last year. Samsung is not one of those companies. Samsung is perhaps the biggest player of all at CES, and each year the tech giant — currently the sixth most valuable brand in the world, according to Samsung North America President/CEO Tim Baxter  —  brings some crazy stuff to bear in Las Vegas.

Digital Trends’ resident A/V expert Caleb Denison, one of our senior editors, attended Samsung’s First Look event preceding CES and interviewed Samsung bigwig Dave Das, who dished on the event’s big reveals. On Tuesday, Denison sat down with Scott Cohen — Samsung’s National Training Manager and a 13-year CES veteran — at the Digital Trends booth, where Cohen talked about Samsung’s 2018 CES and its plans for the future.

Micro LED: The next big thing?

As you might have heard (and/or seen), Samsung unveiled a massive 146-inch television that utilizes a never-before-seen type of display known as Micro LED, which differs from LG’s OLED and even from Samsung’s own proprietary QLED panel tech. “It’s a modular design, so the TV is actually made up of smaller screens that mesh in a seamless way,” said Cohen, who promised that some form of Micro LED displays will be on sale in 2018. To learn more about the technology behind Micro LED, check out our deep dive.

Samsung’s digital assistant, Bixby, which was launched along with the Galaxy S8 in 2017, is making its way into lots of Samsung products, including the Family Hub refrigerator and even new Samsung televisions. “What Bixby will be able to do far supersedes anything we’ve seen yet,” said Cohen, echoing Samsung’s press conference from Monday. “Most people think of digital assistants as turning the music or lights on in your home, but for Samsung, putting [Bixby inside a TV] is a gateway to other appliances via our SmartThings platform.”

From your TV, Bixby will be able to preheat your oven, provide notifications on laundry, show you what’s in the fridge, and more — if you’ve bought compatible appliances, of course. According to Cohen, Bixby can also take on more challenging tasks — like identifying the coat a character is wearing in a film and showing you where to buy it.

Samsung is planning on condensing all its smart home apps — this includes Samsung Connect, SmartHome, and Smart View, among others — into one SmartThings app, which will act as your home’s central control panel. Even supported third-party products will be controllable via SmartThings.

Cohen said Samsung is looking to revamp what he calls the new TV experience. “For the average customer, the first hour after unboxing [a new] TV is a very stressful time. And if they don’t get [the setup process] right, it can really ruin the experience.” Some people even send back brand-new televisions because the setup process is so overwhelming!

When first plugged into power, Samsung TVs will now automatically scan for anyone using the SmartThings app, and use the app to automatically sign onto your Wi-Fi network and even log in to your various streaming app accounts. They’ll even automatically detect and label inputs, automatically activate game mode based on detected metadata, and preprogram the remote to work with different products (including Blu-ray players, game consoles, and more). Want to watch HDR content? The TV will recognize that, and switch into HDR mode — no button presses necessary.

If you’re wondering why Samsung has been a little more covert than usual about its 2018 QLED TV lineup, Cohen says it’s because the company wanted to familiarize consumers with the technologies first — Bixby, SmartThings, micro LED, etc. — before forcing a bunch of TVs down their throats. We’re expecting some big news later this year, though, so stay tuned.

Samsung knows that most people are just getting used to huge, new 4K televisions. So why push 8K? Well, because people want bigger screens, and at a certain point, even 4K begins to look grainy and pixelated. “People in America generally sit 8 to 12 feet away [from their screens],” says Cohen, “Sixty-five [inches] may have been the sweet spot in years past, but now that number is closer to 75 or 82. People aren’t moving their couches back, and we need them to not see the pixels. 8K is important.”

Cohen also touched on firmware updates for connected, or smart, televisions, which will improve upscaling technology over time, making your display actually look better as it ages.

For more CES coverage, head over to our official landing page.