For $25, you can create your own voice-controlled origami with Paper Signals 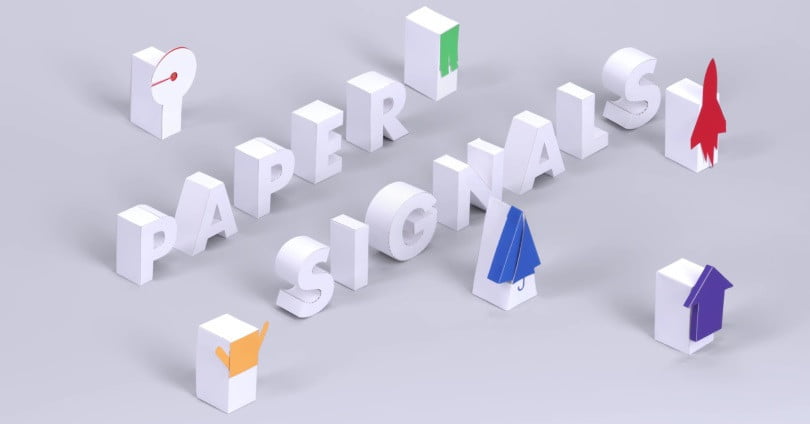 Who says you have to be a tech wizard to create a voice-controlled tool? Certainly not tech giant Google, which is trying to convince us all that we just might be geniuses in our own way with a cute new project called Paper Signals. Somewhere in between origami and computer science, Paper Signals is an open-sourced and extremely affordable way for folks to learn how to build voice-controlled gizmo and gadgets.

To begin your journey as a techie, simply acquire a Paper Signals starter kit, which will set you back just under $25. Included is an Adafruit board, necessary cables, and a micro servo motor that will help mobilize the various parts of your new toys. In addition, you’ll have to supply some basic tools, like an X-acto knife, glue, pencil, and a ruler. Of course, in order to utilize the voice assistant aspect, you’ll also need a Google Assistant compatible device, like a Google Home, or at the very least, your phone.

Paper Signals is part of Google’s Voice Experiments, with the goal to demonstrate “what’s possible when you bring open-ended, natural conversation into games, music, storytelling, and more.” And while you might be a bit skeptical about just how useful a DIY piece of paper technology could really be, some of these Paper Signals seem to have pretty useful applications.

For example, you can create the arrow Paper Signal, which will help you track whether the value of Bitcoin is increasing or decreasing on a given day. Just say, “Track Bitcoin,” and if the arrow points up, it means your investment is appreciating. If the arrow points down … well, don’t panic.

Similarly, there’s a pair of pants that you can make with Paper Signals, which can let you know if it’s hot or cold in New York City. If it’s hot, the pants become shorts. If it’s cold, the opposite occurs.

Sure, none of these gimmicks are the most useful in the world, but they’re an easy and seemingly enjoyable way for folks to begin experimenting with a relatively new (and deceptively accessible) kind of technology. After all, who doesn’t want to be able to say that they built a voice-activated tool over winter break?