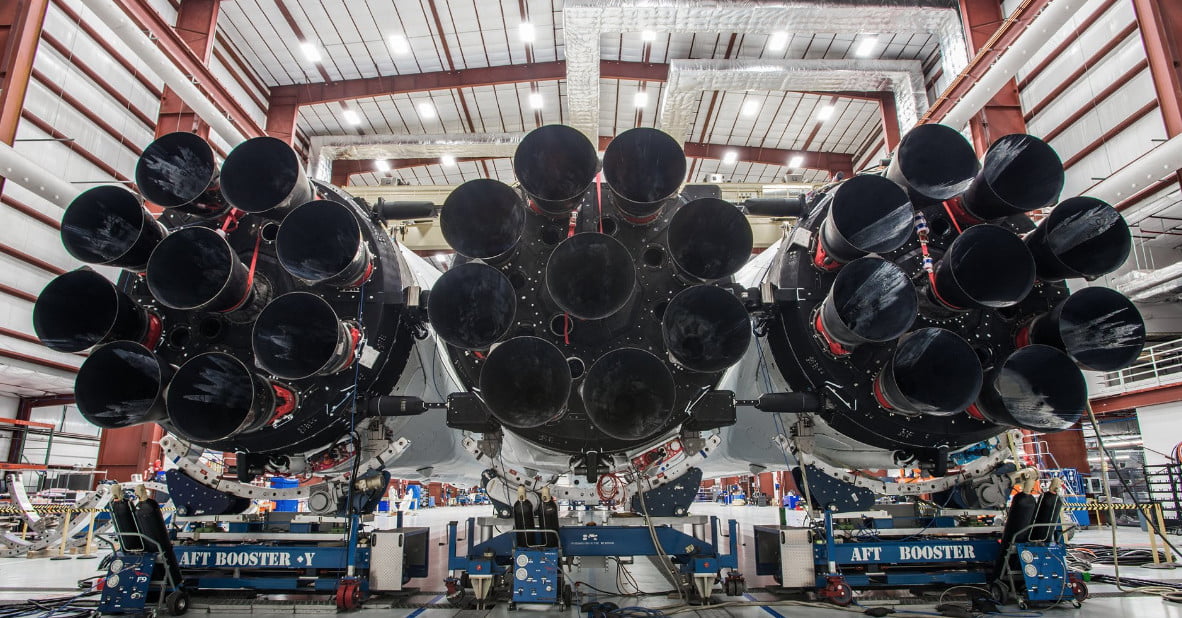 Launching and landing a rocket would’ve seemed like a fanciful idea just a few years ago, but companies like SpaceX and Blue Origin have shown how it’s done as they work to develop their separate reusable rocket systems.

Having pretty much perfected the procedure with the Falcon 9, SpaceX is getting ready to take its technology to the next level with the debut launch in January of what will be the world’s most powerful operational rocket.

The man who made it all possible, SpaceX CEO and billionaire entrepreneur Elon Musk, on December 20 tweeted several shots of the massive Falcon Heavy rocket as it awaits its big day in a hangar at Cape Canaveral in Florida. When it lifts off next month, it’ll be from the very same launchpad that marked the start of the famous Apollo 11 mission that put the first astronauts on the moon in 1969.

Falcon Heavy at the Cape pic.twitter.com/hizfDVsU7X

SpaceX’s 70-meter-high reusable rocket comprises three booster cores compared to the single one used by its current Falcon 9 rocket, with each core containing nine Merlin engines. With all that power, it’s little surprise that its thrust at liftoff will be twice that of the next largest rocket and equal to about eighteen 747 aircraft.

It has enough power to lift into orbit more than 54 metric tons (119,000 pounds), a mass “equivalent to a 737 jetliner loaded with passengers, crew, luggage,” the company says on its website.

While future Falcon Heavy missions are expected to involve delivering payloads to space as well as manned missions to the moon and beyond, the maiden voyage, which is heading to Mars, is taking with it a somewhat offbeat cargo: Musk’s own cherry-red Tesla Roadster. And if that wasn’t bizarre enough, it’ll be playing David Bowie’s 1969 classic Space Oddity as it heads toward the red planet, powered by the Heavy’s second-stage engines.

Earlier this year, Musk posted a teaser showing how the Falcon Heavy launch might look when it takes place in a matter of weeks. The animation shows the rocket going through various separation steps soon after launch, and ends with its booster cores landing back on Earth.

But whereas the animation shows the boosters landing on terra firma within a short distance of each other, Musk confirmed this week that “if things go perfectly,” the two side cores will return to land while the central core will come down on SpaceX’s drone ship, which has already successfully handled plenty of Falcon 9 landings.

But the SpaceX CEO isn’t getting carried away with all the excitement surrounding the imminent Falcon Heavy launch, pointing out earlier this year that a lot “can go wrong” with the enormous rocket during its initial, highly complicated missions. In other words, don’t be surprised if it ends up in an updated version of Musk’s blooper video.