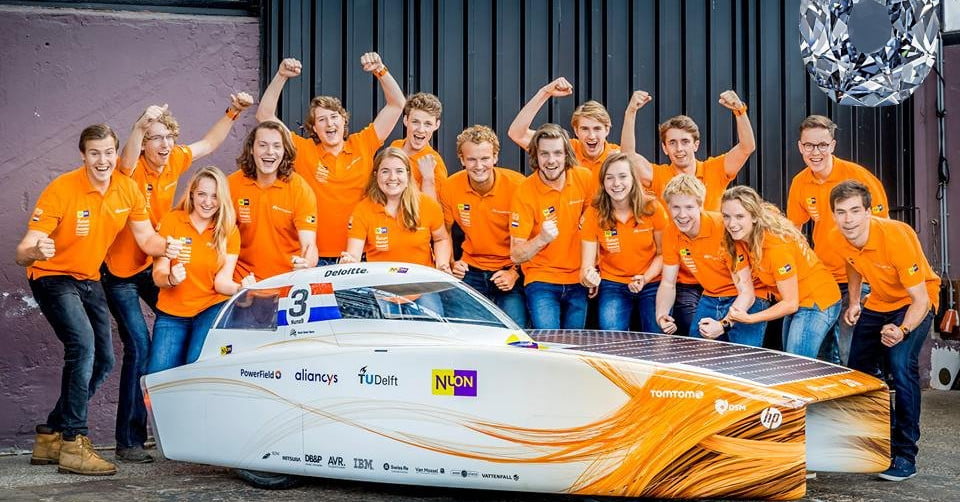 Solar power has come a long way in the last 30 years, as the innovative designs of these race cars proves.

The World Solar Challenge is a grueling race through the Australian outback that runs more than 1,860 miles. It can last up to a week, and competitors can only use the power of the sun to propel their cars. This year is the 30th anniversary of the World Solar Challenge, which is held every two years, and the Flying Dutch team “Nuon” racked up their third straight victory in the Challenger class, finishing two hours ahead of their closest rival. Their winning time was 37 hours, 10 minutes, and 21 seconds, with an average speed of 55 miles per hour.

Started in 1987, the World Solar Challenge course stretches from Darwin on the north coast of Australia, all the way to the city of Adelaide on the southern coast. The cars race from 8 a.m. to 5 p.m. each day, and there are seven checkpoints along the route where the cars must stop for half-hour intervals. The teams can store a small amount of energy, but the majority has to come from solar power and the vehicle’s kinetic energy.

As the New Atlas noted, this year’s challenge was particularly difficult, with clouds and rain and occasional 60-mph winds. The drivers were advised by the team aerodynamics expert to position their solar car in a way that could take advantage of the winds just like a sailing ship.

In addition to the Challenger class, a Dutch team also took first place in the Cruiser class, which features a more practical blend of high-end technology and everyday functionality. Although the German team HS Bochum was first to finish, the Dutch team Eindhoven took first place due to a point system taking design, efficiency, innovation, and practicality into account.

Their five-seat family car “Stella Vie” had an average speed of 43 mph during the event. “These incredible solar cars have been designed with the commercial market in mind and have all the features you’d expect in a family, luxury or sporting car,” event director Chris Selwood told Phys.org. “This is the future of solar electric vehicles. When your car is parked at home it can be charging and supplying energy back to the grid.”

Someday, we may all be driving electric cars that get all their power from the sun and never need charging.