Drones are delivering burritos direct to the homes of rural Australians 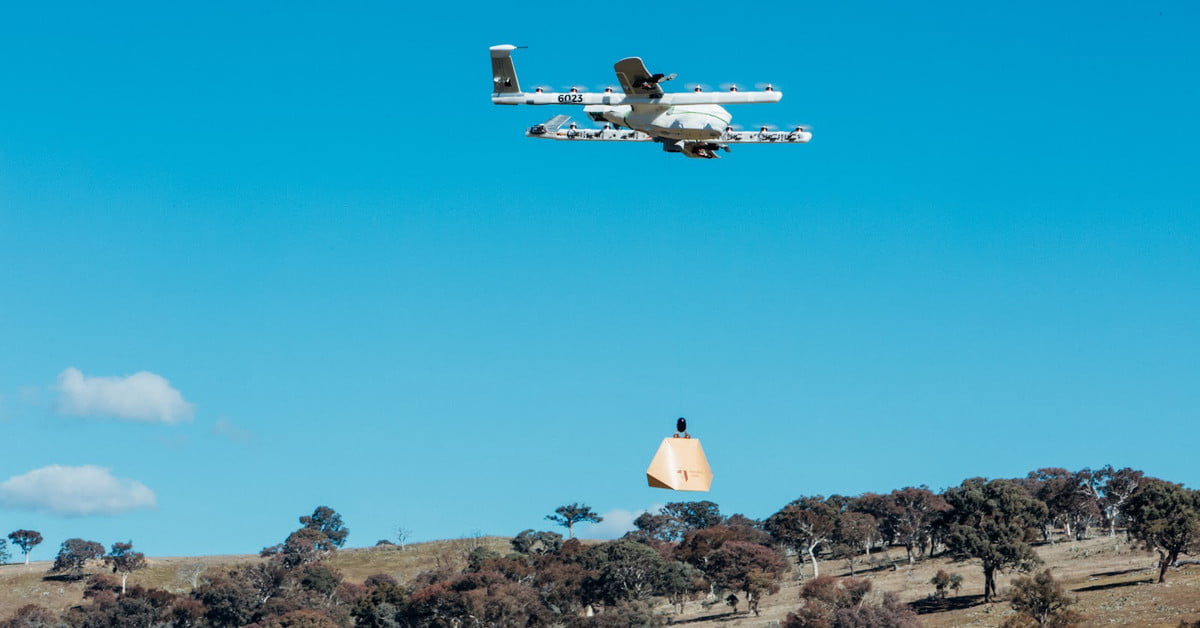 The early indications are that delivery drones will one day be particularly popular with fast food outlets and medical facilities.

Google parent Alphabet has been developing its Project Wing delivery drone for several years. Striving for perfection, it even ditched the entirety of its work at one stage in order to start over.

This week the company revealed it’s been testing its latest design in the real world — as opposed to highly regulated test areas — ferrying burritos and medicine to folks living in rural communities in Australia.

It’s an interesting mix of items, for sure, but fast food and medical supplies are are two types of delivery that have so far proved popular among those looking to make use of the technology.

Alphabet’s drone incorporates both propellers and wings, the former enabling it to hover for dropping off deliveries via a tether, and the latter giving it more speed and stability in flight to and from its destination.

The current tests involve flying Alphabet’s drone to partners’ loading sites before taking the requested items to customers living in isolated areas in the south-east of the country.

In an update on its progress, James Ryan Burgess, co-lead of Project Wing, said his team is working to “transform transportation [and] make it easy, cheaper, [and] more environmentally friendly to receive packages and items, whatever you may need.”

Burgess noted in a blog post how those living in rural areas were keen to make use of drone technology in their day-to-day lives.

“Our testers, including young families, busy professionals, and retirees, had many suggestions for how our technology could address this fundamental inconvenience,” Burgess wrote. “They wanted fresh meals delivered at dinner time. Some who run small businesses at home wanted to be able to send customer orders from their doorstep. A few with farms wanted supplies to arrive at their paddocks, or spare parts delivered to the ailing vehicle on their property. Almost all said that they’d value having medicine delivered to their door, especially when they’re unwell.”

Burgess explained that while Alphabet was able to test its delivery drone with students at Virginia Tech in 2016, strict safety regulations meant its drone could only land in open fields. But with the rules governing drone testing a little more relaxed in Australia, they’ve been able to trial deliveries to residential addresses. The different layouts of people’s yards and the surrounding area — think trees, sheds, fences, and power lines — has meant that “in addition to learning what people want delivered, we also have to learn how to best deliver items to people,” the Project Wing co-lead wrote.  This is helping the team to refine the drone’s mapping and sensor technology to help it avoid those obstacles as it approaches a property.

“The more test deliveries we do, exposing the sensors on our aircraft to new delivery locations, the smarter our aircraft’s algorithms will one day become at picking a safe spot for deliveries,” Burgess explained.

He doesn’t offer a timeframe for when Alphabet might have a fully fledged drone delivery system up and running, but at least the project seems now to be moving in the right direction.

“We know the weeks and months ahead will be filled with unexpected challenges as we undertake these new tests,” Burgess said in the post. “We’re grateful to the communities … who’ve let us into their yards, so we can learn even more about building a delivery network ready to fly in the open skies.”