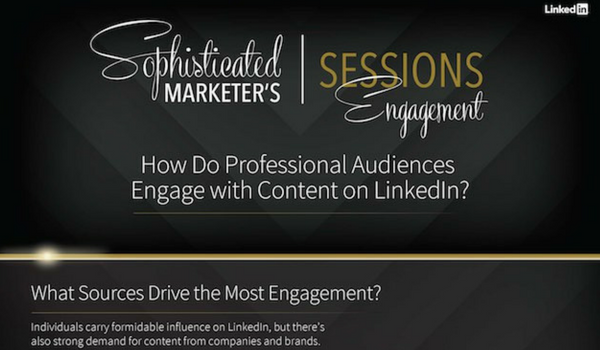 Giving you more characters to express yourself
Twitter recently announced they’re giving us an additional 140 characters with which to convey our deepest, Tweetiest thoughts by upping their character count to 280. They believe this will encourage more active posting on their platform. Twitter

Apple switches from Bing to Google for Siri web search results on iOS and Spotlight on Mac
Apple has finally made the plunge with Google – when you search with Siri on your iOS device or Mac, you’ll be shown search results from Google. In other news, none of that would have made any sense 20 years ago (according to Josh Nite). TechCrunch

Adding LinkedIn’s Profile Card on Office 365 Offers a Simple Way to Build a Professional Relationship
LinkedIn and Microsoft have made it official recently with the anticipated rollout of the ability to integrate your personal LinkedIn profile card with your Office 365 profile. Full details and how-to’s are available, and the release will happen over the next couple of weeks. LinkedIn

Know Their Intention, Get Their Attention: New Ways to Connect and Measure on YouTube
Google has announced four new tools to help brands and users “capture the attention of your audience on YouTube.” These tools include Custom Affinity Audiences, Video Ad Sequencing and more. Inside AdWords

Instagram Hits 800 Million Monthly Users, Adding 100 Million in Just 5 Months
AdWeek reports: “After announcing this morning that Instagram has 2 million advertisers, the Facebook-owned app also says that it has 800 million monthly users, up from 700 million in April.” AdWeek

Only A Third Of Ad Execs Trust Their Audience Data, Measurements
According to a recent survey, only 33% of advertising executives consider their data to be completely trustworthy. Only 29% said they felt their audience analytics/measurement was completely accurate. MediaPost

What were your top digital marketing news stories this week?

We’ll be back next week with more digital marketing news! If you have something to share, pass it along to the newsroom or Tweet me @Tiffani_Allen or @toprank.