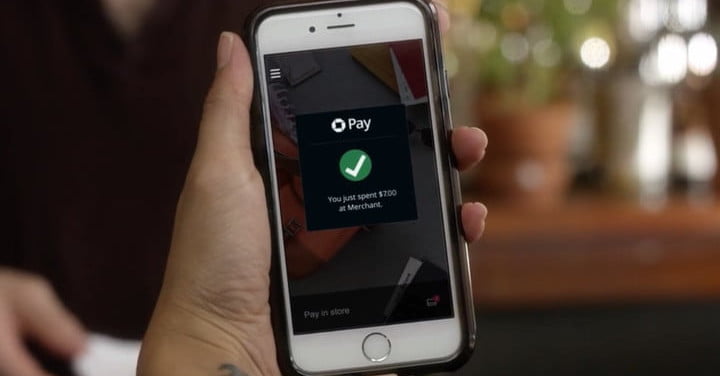 Back in 2015, JPMorgan Chase offered the world its digital wallet, Chase Pay — allowing users to pay using their phone whether they’re shopping online, in stores, or dining at restaurants. On Friday, December 15, Chase Freedom announced it will offer contactless payment with quarterly cash back rewards for the first time, starting January 1.

If you’re a Chase cardholder, you’ll be able to earn up to five percent cash back by using your Freedom card. This also applies to those who use the card with any of the four mobile wallets — Chase Pay, Android Pay, Samsung Pay, or Apple Pay.

For now, the rewards only apply toward purchases made at gas stations or when paying for your internet, cable TV, and phone service. Those who use popular services such as Spotify, Netflix, and Hulu will receive cash back for those, too. If you opt-in for mobile pay, you can earn the five percent cash back on up to $1,500 of combined purchases made within those categories.

With Chase Pay, shoppers pay in stores using a QR code within the Chase Pay app. The code is presented to the cashier at checkout, rather than tapping and paying using NFC technology with Android Pay or Apple Pay.

Chase Pay has been around for the past two years, and retailers have now begun heading down a similar path as well. Last week, Target launched Wallet — its own mobile payment system in its official app.

Target’s Wallet also focuses on supplying customers with rewards. Customers can check out in-store using their smartphone while also applying Cartwheel digital coupons or discounts after scanning their barcode. Since you’re required to use your Target REDcard, you’ll also receive five percent back.

Other retailers include Walmart’s Walmart Pay, which launched the same year as Chase Pay. Similarly, the mobile payment method also requires scanning a QR code that appears on the debit card reader at checkout.

All these mobile payment systems are also part of CurrentC, which is a group of retailers with their own mobile payment solution. While this doesn’t mean that these companies have opted out of Apple Pay or Android Pay, it does encourage customers to use the company’s respected app instead.

Chase Freedom’s latest move into the tech space is more inclusive for those who have become accustomed to using a mobile wallet. Cardholders will be able to stack up rewards on everyday purchases without having to fumble for their credit cards at checkout.