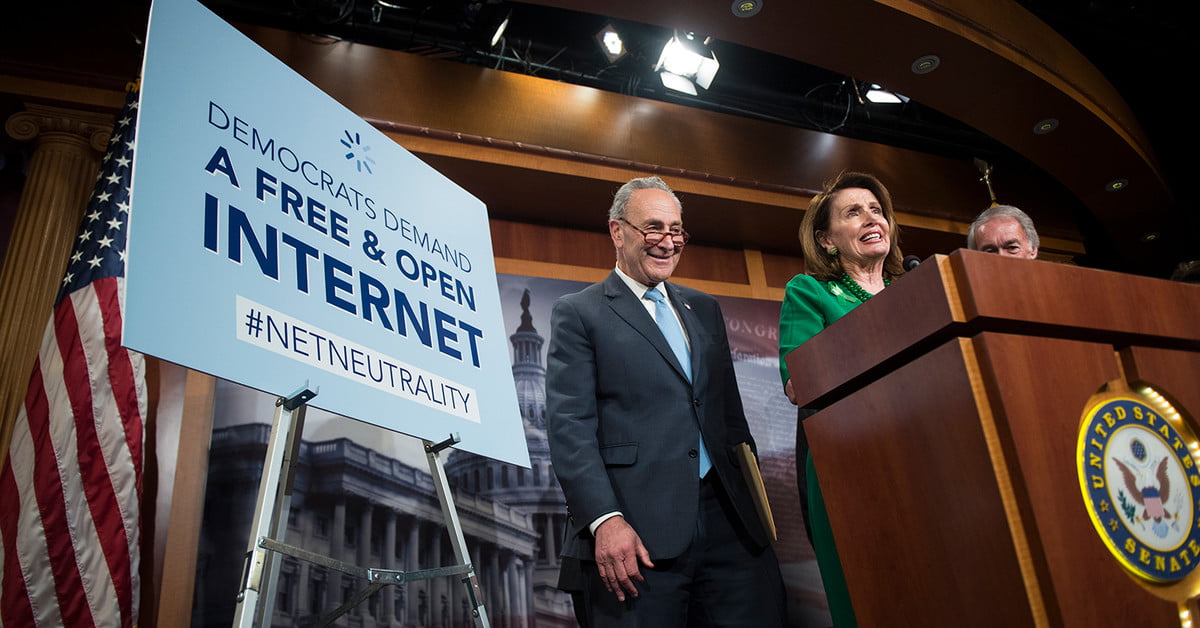 California is halfway to restoring net neutrality rules across the state. A bill to bring ease back into the hearts of California web surfers, SB-822, sailed through the state Senate on a 23 to 12 vote. The bill now moves on to the California Assembly before potentially landing in the hands of Gov. Jerry Brown.

The news arrives after the U.S. Senate voted to reverse the Federal Communications Commission’s (FCC) decision to kill its own net neutrality rules set in place under the Obama administration. The Congressional Review Act seeks to overturn the decision made by the FCC in December 2017, but still must go through the House of Representatives. Meanwhile, the FCC’s quest to “restore internet freedom” is still slated to go live in June.

California’s bill aims to set net neutrality rules on a state level. The bill prohibits internet service providers from offering different quality of service levels outside specific conditions. It allows the state’s Attorney General to investigate and take action against those service providers in violation of the prohibitions.

According to Section 1776 of the bill, internet service providers cannot block lawful content, applications, services, or non-harmful devices. Providers also cannot alter internet connections between devices and “lawful” sources, which would prevent throttling and paid fast lanes for specific media. The list goes on to include the ban of third-party paid prioritization, application-specific differential pricing, and more.

Without rules, an internet service provider offering its own video streaming service could relegate Netflix and Hulu to “slow” lanes even if they provide better content. This bill, if passed, would prevent that type of prioritization. It would also prevent service providers from picking and choosing services that don’t count toward the customer’s data consumption.

“Large ISPs such as AT&T don’t like this bill. They’ve mustered a series of absurd arguments that have been repeatedly rebutted. And yet, they came very close to convincing lawmakers to weaken the bill in their favor,” the Electronic Frontier Foundation (EFF) said on Wednesday.

Internet service providers like AT&T and Comcast don’t want net neutrality reinforced because the rules will “cut into their bottom line.” In other words, they won’t be able to charge extra for prioritization stemming from faster lanes, unfiltered content, and throttle-free connections. Their argument, according to the EFF, is that if they can’t generate revenue from those streams, internet subscription prices will rise.

An argument can be made that internet service providers didn’t practice content filtering, throttling, or paid fast lane access prior to the net neutrality rules. Many providers claim they won’t change once the rules cease in June. But given how they lobby against California’s new bill and the effort to reverse the FCC’s decision, internet subscribers can’t help but worry about an internet without net neutrality.

“It’s time for our federal lawmakers in the House of Representatives to follow the lead of the U.S. Senate and California State Senate, listen to their constituents, tech experts, and small business owners, and vote for the Congressional Review Act resolution,” says Evan Greer of digital rights group Fight for the Future.