Boeing unveils the design of a hypersonic plane that could hit 3,800 mph 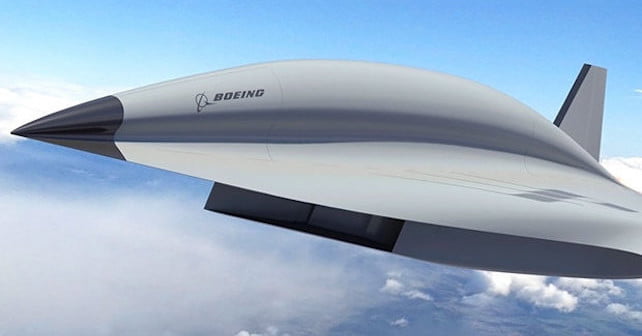 The battle is well and truly on to replace Lockheed Martin’s legendary SR-71-“Blackbird” hypersonic plane after Boeing this week unveiled a concept design that takes high-speed flight technology to the next level.

So yes, a ride in Boeing’s design would have your eyeballs pressing against the back of your skull and your stomach searching for an orifice through which to escape.

Boeing’s concept (above), revealed at the American Institute of Aeronautics and Astronautics SciTech forum in Orlando, Florida, reveals a sleek design that could one day be used for both reconnaissance and combat missions.

Clearly mindful of the huge challenges that come with designing such an aircraft, Boeing chief scientist for hypersonics Kevin Bowcutt told Aviation Week recently: “It’s a really hard problem to develop an aircraft that takes off and accelerates through Mach 1 all the way to Mach 5 and beyond.”

Bowcutt said Boeing is working on developing the aircraft in two stages, with the first involving test flights of an F16-sized, single-engine precursor aircraft to prove the design’s viability. After that, the team would aim to develop a “twin-engine, full-scale operational vehicle” similar in size to the 107-foot-long SR-71.

Boeing will draw on its experiences developing the experimental and unmanned X-43 and X-51 Waverider hypersonic planes, Popular Mechanics reported.

The X-51 had its first fully successful test flight in May, 2013, flying at Mach 5.1 for three and a half minutes before running out of fuel and crashing into the Pacific.

But the X-51 was dropped from a larger aircraft before using a rocket booster to reach Mach 4.8. It then jettisoned the booster and used a scramjet engine to reach Mach 5. “A hypersonic replacement for the SR-71 would need to take off under its own power, accelerate through Mach 1 and up to above Mach 5, and then slow back down and land, a much more difficult challenge,” Popular Mechanics pointed out in its report.