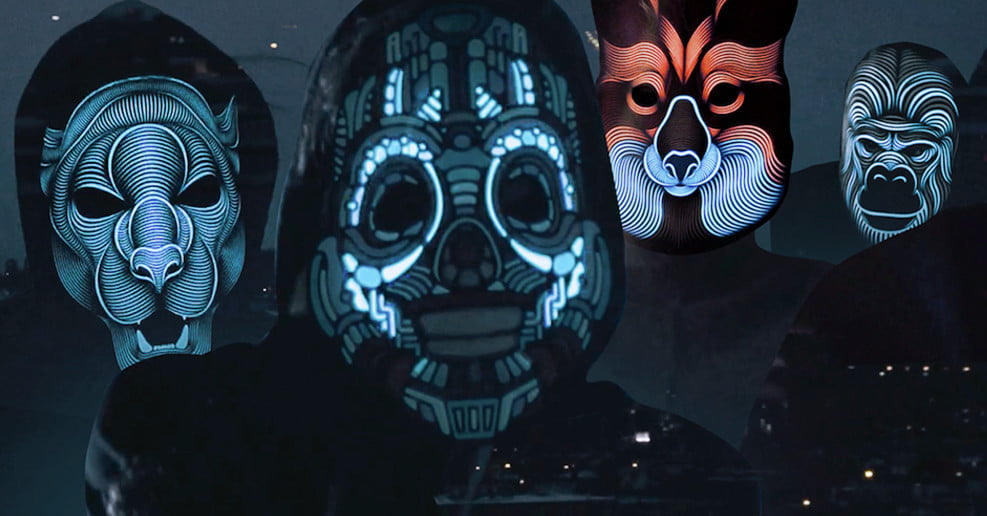 If there’s one thing we can all agree on, it’s that mosquitos suck — in more ways than one. They spread disease, leave you with itchy bumps on your skin, and always show up uninvited to every outdoor gathering you attend. To make matters worse, there’s not much recourse.

You can light all the citronella candles and geraniol tiki torches you want, but those needle-nosed bloodsuckers will still find a way to bite you — usually in a place that’s hard to reach. The only real way to get them to buzz off is to douse yourself in DEET, and pray that you remember to wash your hands before you eat any hors d’oeuvres.

But what if there was a better way to keep mosquitos at bay? That’s exactly what Thermacell aims to do with it’s newest gizmo, Radius. It’s touted as the “world’s first rechargeable, EPA-approved, zone mosquito repellent.”

According to the creators, “Radius works differently than sticky sprays and lotions. Radius uses heat to activate a clean, scent-free repellent. Once activated, the repellent spreads out to create an invisible zone of protection. So instead of treating your skin and clothing with chemical repellents, Radius targets the mosquitoes themselves with a tiny amount of airborne repellent. You simply turn it on, and within minutes, the mosquitoes are gone.”

Do you play guitar, but wish you had a backup band to accompany you? In the past, you only had two ways to solve this problem: either find other musicians to play with, or invest in a loop pedal setup and play your own backup. But now, there’s a third option: the OneManBand. It’s essentially a high-tech upgrade kit for your guitar.

Once installed, the system can read what you’re playing, adapt to it, and generate accompanying backup in real time. In other words, you just start playing, and OneManBand’s magical AI will start jamming with you.

So how does it work? According to the device’s creators: “OMB’s patented guitar uses unique hardware and software to enable guitar players of all styles and levels to skyrocket their playing experience with real-time backup music, instrument-swap mode, and a mindblowing guitar-to-MIDI mode. The unique technology utilizes capacitive and inductive tech to detect signals from the strings and convert them to digital data without any latency. By knowing what you’re playing, the app can convert that to MIDI in real-time and enrich your sound in a bunch of different ways. The guitar feels and plays just like normal; start playing and you’ll be amazed.”

Remember the first Zoolander movie — aka the one that didn’t suck? In the film (which was released in 2001, a time when cell phones were shrinking rapidly), one of the running gags were the tiny cellphones that Derrick Zoolander and Hansel used to answered calls. They were outrageously small, and acted as a sort of trendy status symbol. The smaller the phone, the cooler the owner.

Anywho – if you saw those phones and thought to yourself “Damn, I really want a ridiculously tiny cell phone,” then we have good news for you. 16 years after Zoolander, somebody has finally created a phone that’s just as small as Derrick’s — and you can get it on Kickstarter.

The Zanco Tiny T1, as its called, is allegedly the world’s smallest mobile phone. According to the Kickstarter page, it’s “smaller than your thumb, lighter than a coin, and is ridiculously cute.” We can hardly argue with that last point.

As for specs, the company doesn’t list too much, but it does state that the Tiny T1 “will work with any mobile phone network. You can change the nano-SIM at any time if you want to change your network too. The tiny phone operates on the 2G network. The battery has 3 days standby and 180 minutes talk time.”

We covered this gizmo earlier in the week, so I’ll just let DT’s outdoor reporter Kraig Becker give you the rundown:

“Camping stoves come in a wide variety of shapes and sizes, ranging from compact and lightweight, to large enough to feed an army of hungry backpackers. But few can offer the level of versatility of the Morphcooker, a new backcountry stove that recently launched on Kickstarter and promises to be a revolution in the way we prepare our meals in the outdoors.

The idea behind the Morphcooker came three years ago, when designer Lawrence Bass went in search of a safer way to cook at the campsite. His quest began after his father was injured in a fire that started when a faulty gas stove caught his tent on fire. It took 19 different prototypes for Bass to finally hit on a design that met his requirements of not only providing a safe way for backpackers to prepare their meals, but was also environmentally friendly and extremely adaptable too.

His final design comes in two different versions — the Morphcooker Solo and Morphcooker Family. At the heart of both models is an 8-inch silicone plate that serves as the hot plate, frying pan, and heating element for the pot and stove. The silicone is riding and firm, contains the heating element, and is powered by a rechargeable lithium battery. It also comes with a magnetic handle that can be swapped out with any of the various components.”

This one is pretty straightforward. It’s just a thin, flexible LED mask that has a number of nifty features, the most significant of which is its ability to “hear” incoming noises (presumably, loud electronic music) and automatically adjust the color, brightness, and strobe pattern of the LEDs to match.

Better yet, these masks are available in a variety of different styles, including a human face, a big cat (like a panther), a fox, and an ape. There’s really not much else to say, so we’ll let the creators from Outline Montreal tell you more.

“9000 years ago, the first mask was created,” the creators proclaim on Kickstarter. “Used to either disguise or reveal a personality trait, masks are present in every culture throughout History. The Sound Reactive LED Mask takes a step forward. It integrates art and technology into a very versatile device that mesmerizes anyone who sees it. The LED Mask transcribes any sort of music and any type of rhythm into amazing Illuminations. Our masks are easily wearable, foldable and adjustable. As a costume or music accessory for any occasion, they are the perfect companion.”