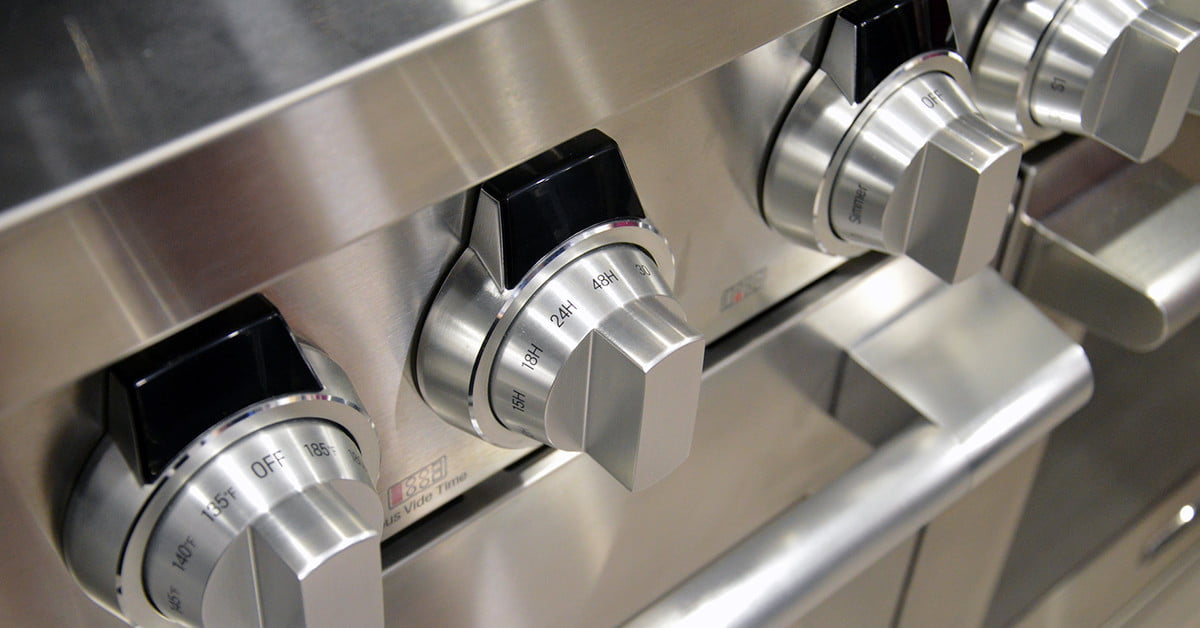 When immersion circulators dropped to under $200, sous vide suddenly became a much more attainable cooking style for a lot of people. The technique is often practiced in restaurants because it delivers consistent results. Suddenly, a lot of people were cooking off the stove, using a device that fits in a drawer. At KBIS 2018, we saw a few appliance makers incorporating technology into their ranges to allow homeowners to perform all the steps of the sous vide process — including searing — without needing an extra gadget.

The trick with sous vide is that it needs to hold a consistent temperature. To take advantage of a hot water bath that stays at 142 degrees Fahrenheit for hours, chefs will vacuum seal a pork chop and let it slowly cook. Signature — the premium appliance brand from parent company LG — has a 48-inch range with lots of ways to cook, including sous vide. There are two ovens, one of which is a combi-steam and takes advantage of both steam cooking and convection technology. On top there are several burners, including a couple of low-temp ones that can get to around 100 degrees Fahrenheit. But the range doesn’t use any of these for sous vide. Instead, it has a shallow compartment that’s controlled by separate knobs. One controls temperature to within one degree, and the other is a timer knob, which goes all the way up to 48 hours. Naturally you’ll have to add (and re-add, as the case may be) the water, but the range should take care of the rest.

For a different approach, Perlick included a rotating tray inside its ranges. Brand new to the category — the company is known for its wine- and undercounter fridges — Perlick is introducing dual-fuel and gas ranges in April. The tray is removable, but if you put a pot of water on top, it will slowly turn, Lazy-Susan style, simulating the way an immersion circulator churns water. The oven itself provides the heat to within a degree to keep cooking precise.

Uniquely, Electrolux promises sous vide results without the water with a new electric wall oven ($1,889). While it also takes place inside the oven cavity, the “air sous vide,” as the company calls it, uses low temperatures (between 100 to 205 degrees Fahrenheit) to cook the food, circulating air instead of water around the vacuum-sealed items. The pouch needs to be completely sealed so liquid doesn’t seep out and steam the food.

Considering these all high-end — and extremely high-end — appliances, many chefs on a budget will likely stick to their immersion circulators for now.