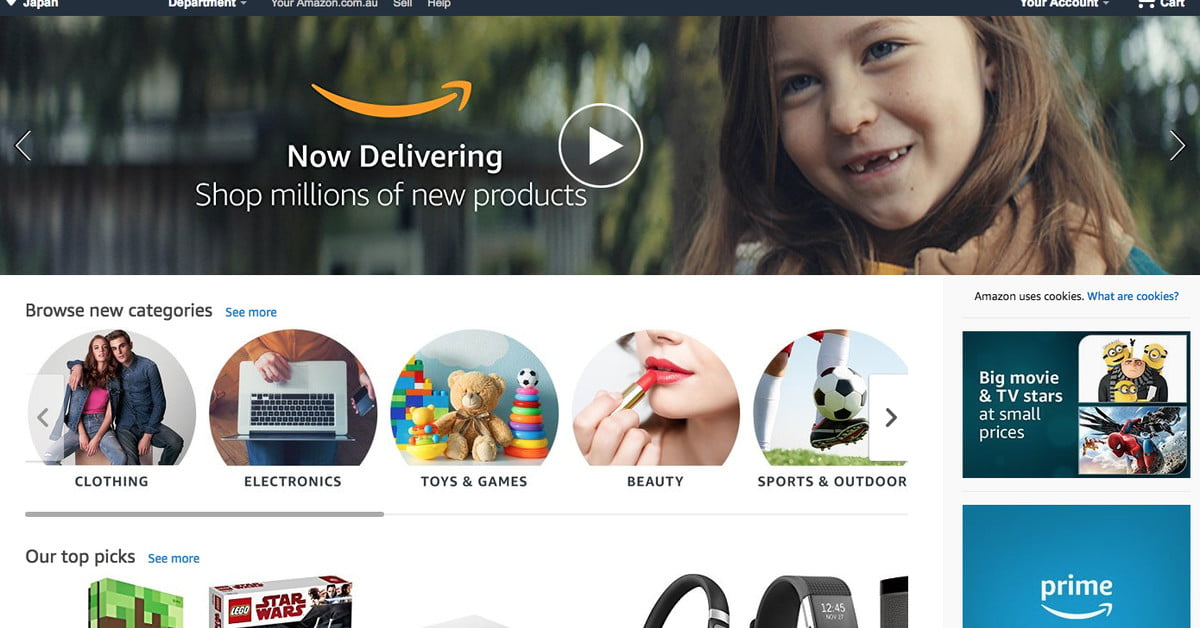 Aussies who’ve been spending the last week refreshing the amazon.com.au site in expectation of doing a spot of shopping with the ecommerce giant finally got to see the store in all its glory on Monday.

Up to now, Amazon’s local store only offered a tiny selection of items, mainly its Kindle ebook readers and audiobooks.

There’d been much speculation Down Under recently about when Amazon would get around to launching a full-fledged online store, as the company had already confirmed its intention while failing to offer a specific rollout date. But with the holiday season now in full swing and December 25 fast approaching, it’s finally flipped the switch in a bid to grab some of that all-important Christmas coin.

While Amazon’s all-new Australian store includes electronics, clothing, toys, games, and more, it doesn’t yet offer the range or quantity of its online stores in, say, the U.S. and U.K. There’s nothing like AmazonFresh food delivery either, and Prime shipping isn’t coming until the middle of next year. In the meantime, Amazon Australia is offering free shipping on orders over AU$49. But there are a couple of Prime possibilities at the start, namely Prime Video and the game-oriented Twitch Prime.

Last week we heard Amazon was prepping the Aussie launch of its Echo smart speakers, but we know now that the Alexa-powered gadgets won’t be coming to the store until early 2018.

The Sydney Morning Herald described Amazon’s selection at launch as “far from comprehensive” but described its strong point as “fast shipping [as] shoppers can buy multiple items stocked by Amazon and have them shipped in the one delivery, for the one fee, with a guaranteed delivery date.”

As you might expect, not everyone in Australia is welcoming Amazon’s arrival, with brick-and-mortar tech retailers such as JB Hi-Fi and Harvey Norman likely to be affected by the new arrival and its habit of cutting prices to beat those of its competitors. We can already see, for example, that Amazon has priced the Nintendo Switch at AU$399, compared to AU$469 at EB Games and JB Hi-Fi. But in what news.com.au described as “an embarrassing oversight” by Amazon, the online shopping giant was charging AU$179 for its Kindle Paperwhite ebook reader, $20 more than Officeworks’ price.