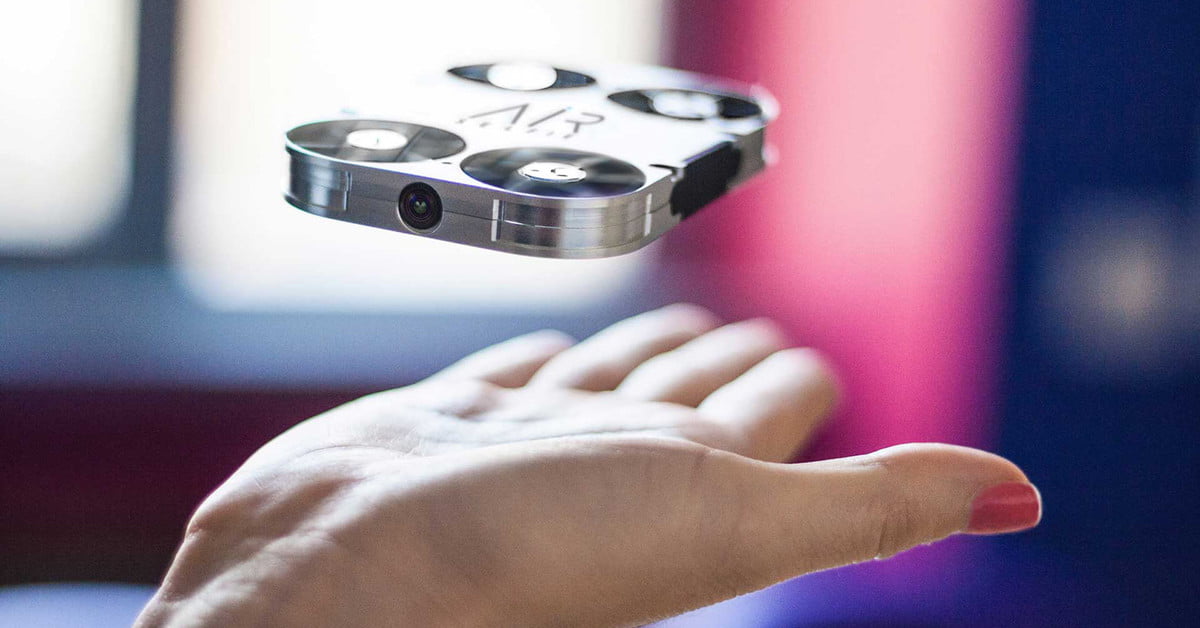 A little more than a year after its successful Kickstarter campaign raised more than $600,000 for what’s essentially a selfie drone in a smartphone case, AirSelfie debuted the AirSelfie2 at CES 2018 in Las Vegas on Tuesday. The new drone builds upon the original design, upgrades the camera from five to 12 megapixels, increases the camera’s field of view to 85 degrees, and improves battery life by 50 percent.

If you’re a selfie addict, the AirSelfie2 might be the drone for you.

One of the biggest drawbacks of the original design was the factthat  the AirSelfie could only fly for about three to five minutes, which was on the low end for smaller drones. That’s no longer an issue, and neither is memory capacity, as storage is quadrupled in the AirSelfie2 to 16GB.

Like the original model, you’ll control the drone through an app, which includes various modes, including Selfie and Flight, depending on the type of pictures you’re trying to take. The drone also has the capability to hover in one spot, and be safely retrieved out of the air using just your hand.

As far as we can tell, the new AirSelfie is about the same size and weight as the original drone, coming in at 3.72 x 2.71 x 0.45 inches, with a weight of just over two ounces. The company says the device is able to fly about 60 feet from its base.

Packaging includes the drone, a powerbank for recharging, a USB cable for connecting to a computer, and a protective bumper. It will retail for $300 when it becomes available in March. It will also come in four colors — silver, black, gold or rose gold — versus the silver-only option of the current AirSelfie.

“When you’re looking to capture life’s important moments, dramatic scenery, or large group shots, you want a combination of best-in-class technology and ease of use. The AirSelfie2 delivers precisely that,” CEO Stefano Cabella says.

We’ll take a look at the AirSelfie2 on the show floor this week. If you’re a selfie addict, we think this one might be the drone for you, but it certainly has a lot of competition.