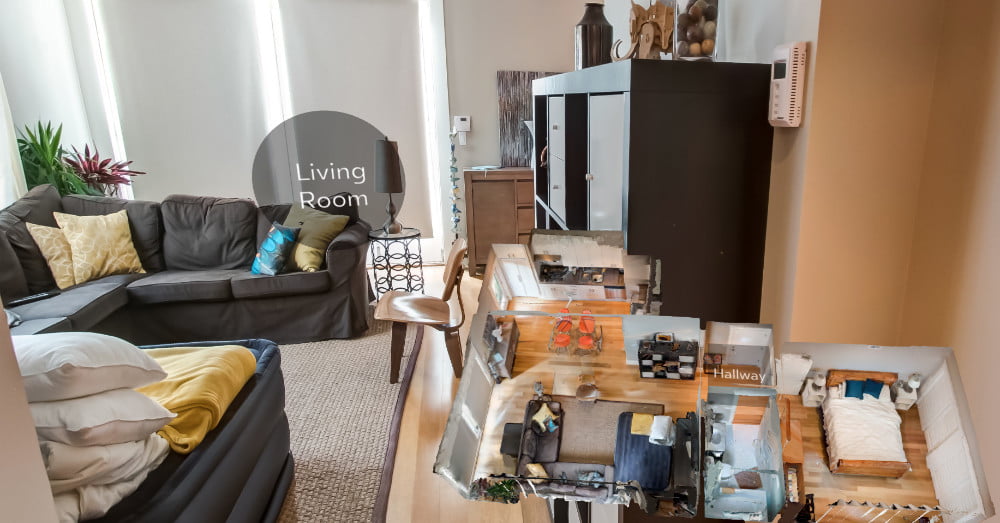 In the future, you and your friend may be able to walk through your next Airbnb rental before you even arrive. The home-sharing service recently detailed its interest in adding virtual reality (VR) and augmented reality (AR) to its listings and destinations.

Airbnb envisions using VR for trip preparation and AR for enriching the experience. With VR, Airbnb sees the technology allowing people to look around a home, and/or a city to get a better lay of the land rather than simply scrolling through a series of pictures. The post also notes guests would be able to “share a virtual world together, perusing and touring destinations and home options while interacting in a more natural manner.” This suggests Airbnb may see a future where multiple people are viewing a rental and communicating about it in VR.

For AR, context is key. Airbnb wants to leverage the technology to give people more information about the home and city they are in by just holding up their mobile device’s camera. Instantly translating foreign languages on home appliances, and directions to the kitchen are a few of the ways Airbnb envisions AR could help make travel easier for people. Airbnb doesn’t see AR only adding context to the home, and mentions the technology helping give valuable information about the city where hosts are staying. Presumably, this AR feature would be similar to apps such as Wikitude, which allow people to see information about places around cities provided by other people and sites such as Wikipedia.

Airbnb hosts have been asked for the option to give virtual tours of their homes in the past.Airbnb’s blog post conspicuously omits any mention of plans to release any VR or AR functionality in the Airbnb app. Airbnb stressed that any new functionality added to the app will require “experimentation, iteration, and technological evolution,” and most importantly, time.

Airbnb would not be the first to offer the option of touring a destination in VR. Companies such as LookAround and 3DVista are already helping people create VR tours of properties. Hotels have also got in on the VR fun, including Best Western Hotel and Resorts, which has offered VR tours of nearly 2,000 of its hotels since 2016.