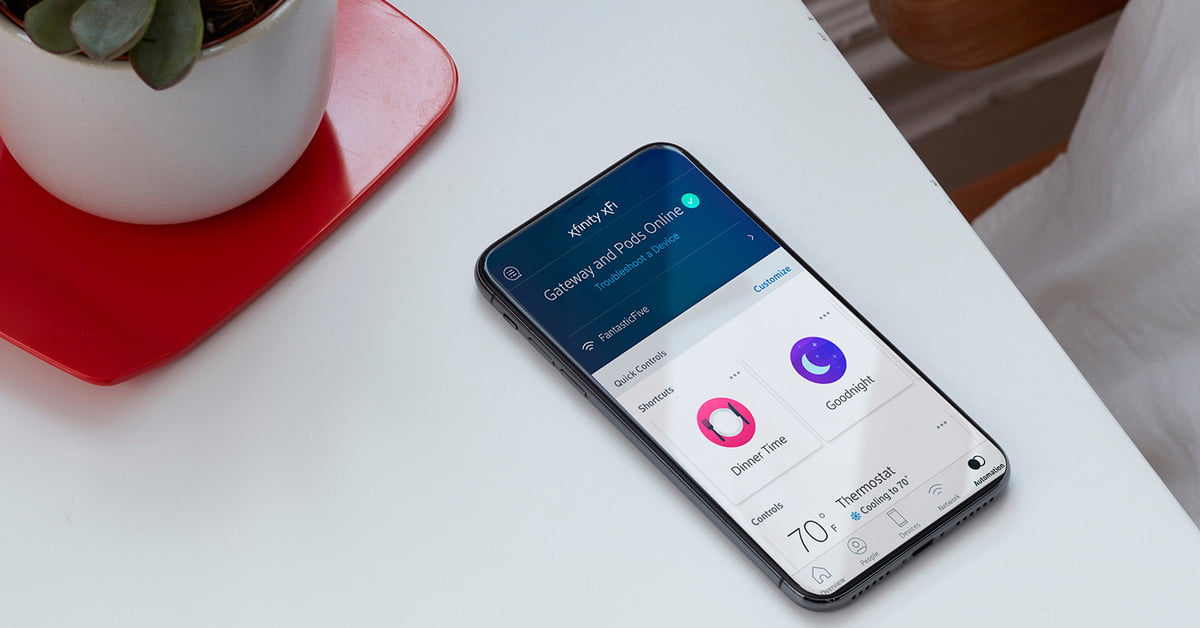 Smart home tech is hot right now, and cable giant Comcast has taken some baby steps into the market over the past few years. Wednesday’s announcement at CES is somewhat of a surprise, however: Some 15 million customers that lease an Xfinity gateway will soon have a smart hub via a firmware update at no additional cost.

Comcast sees the step as an important one for the company, especially in light of how pervasive connected home technology has become. Daniel Herscovici, Xfinity Home and Comcast general manager and senior vice president, told Digital Trends that the company is “looking to drive smart home adoption to the masses” with the company’s latest announcement.

The new gateway functionality comes as a result of Comcast’s recent acquisitions, including smart-home control platform Stringify, and it seems like the announcement could be an inflection point for the smart home industry. Between 80 and 90 percent of Xfinity subscribers lease their gateways directly from Comcast. Many of these customers might not otherwise have purchased a smart home platform like Wink or SmartThings, or voice assistants like Alexa or Google Assistant.

“There’s lots of opportunities now that this hub exists to introduce IoT (internet of things) in new and unique ways to the mass market,” Herscovici told us.

For example, Comcast might now pair subscribing to its service with promotions where smart devices such as cameras, locks, or smart light bulbs are part of the package. Herscovici says hundreds of devices will be supported, including “almost all” the most popular ones.

The IoT functionality is set to be introduced across Comcast’s entire Xfinity lineup, including the X1 video platform, its XFi wireless internet offering, Xfinity Home, and Xfinity Mobile. You can also control your smart devices through the Xfinity voice remotes, of which Herscovici says some 18 million have been shipped or provided to customers so far.

Voice control has proven to be a popular feature for Comcast, with the company serving some 500 million voice requests per month, he added.

At this time, there is no solid date for the release of the new functionality, although it should appear later this year. When it becomes available, Herscovici says the company will start to introduce customers to the functionality and how to use it in ways similar to how it introduced voice control.

Either way, thanks in part to Comcast, it looks like smart home tech is only going to become even more mainstream in 2018.